On April 22, 2021, the crew of sailing boat Khersones of FSUE "Rosmorport" and the cadets undergoing sailing practice aboard the frigate, took part in the opening of a monument in the city-hero of Sevastopol, dedicated to the 100th anniversary of the end of the Civil War in southern Russia.

Ships and vessels of the Black Sea Fleet: the patrol boats Pytliviy and Ladniy and the rescue boat Kommuna, together with the sailing boat Khersones, lined up in the front line on the raid of the Karantinnaya Bay of the seaport of Sevastopol with dressing flag.

The civil war in Russia was an armed confrontation in 1917-1922 between organized military-political structures and state entities, conditionally defined as "White Army" and "Red Army", as well as national-state entities in the territory of the former Russian Empire.

The sailing boat Khersones is one of five sailing training "sister ships" built at the Gdansk shipyard by order of the USSR. The overhaul of sailing boat Khersones was completed in June 2016, today the sailing boat is the training base for the practical training of cadets of the State Naval University named after Admiral F. F. Ushakov. The 26 sails of the magnificent three-mast frigate are controlled exclusively by hand and act as the main propeller of the vessel.


Photos of the press service of the Government of Sevastopol 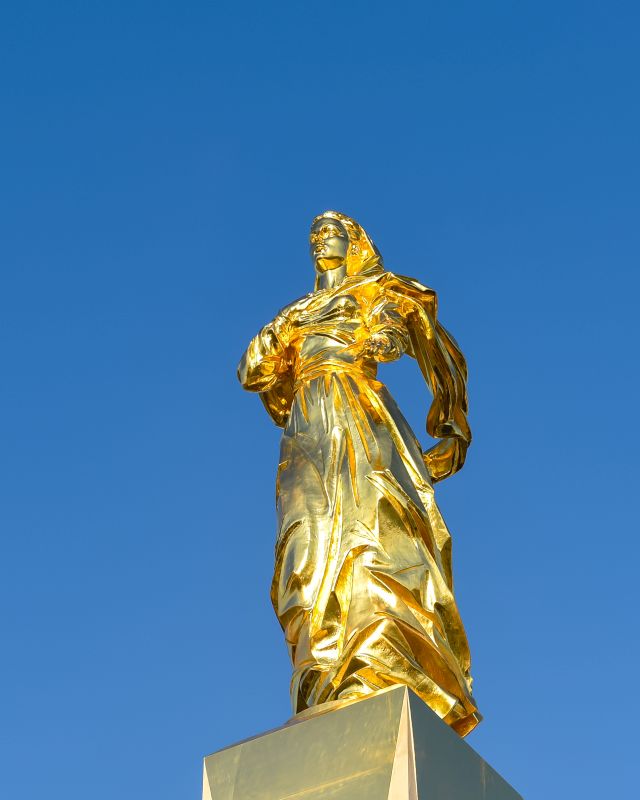 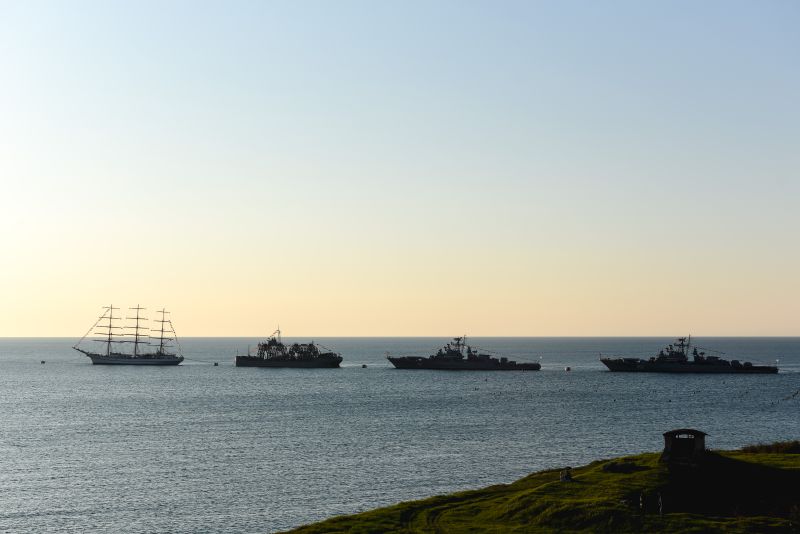 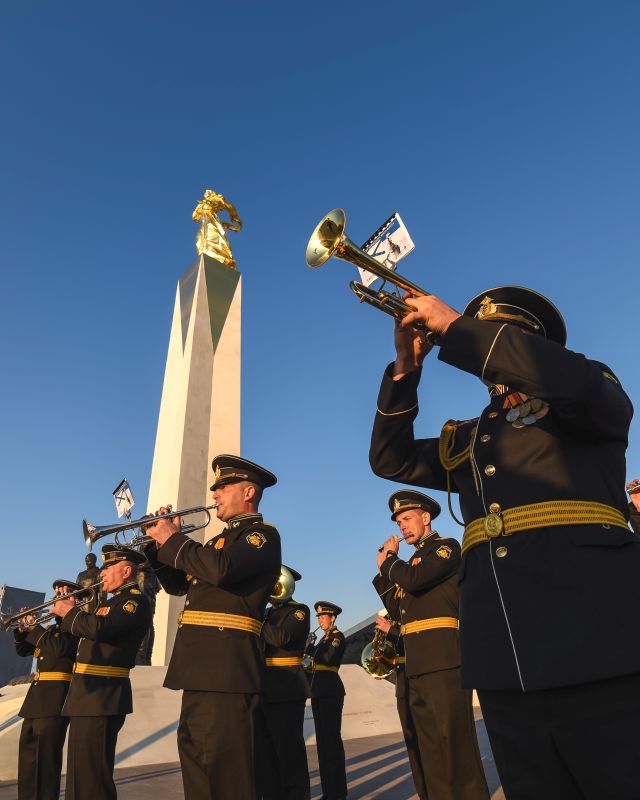 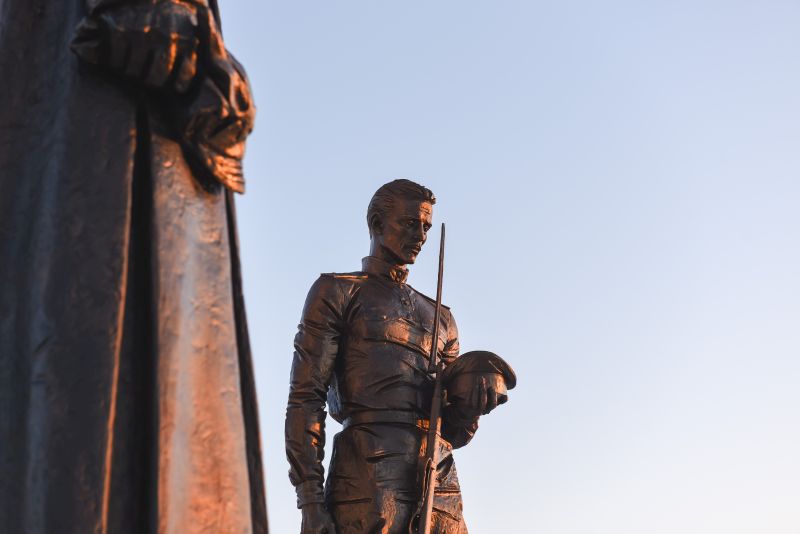 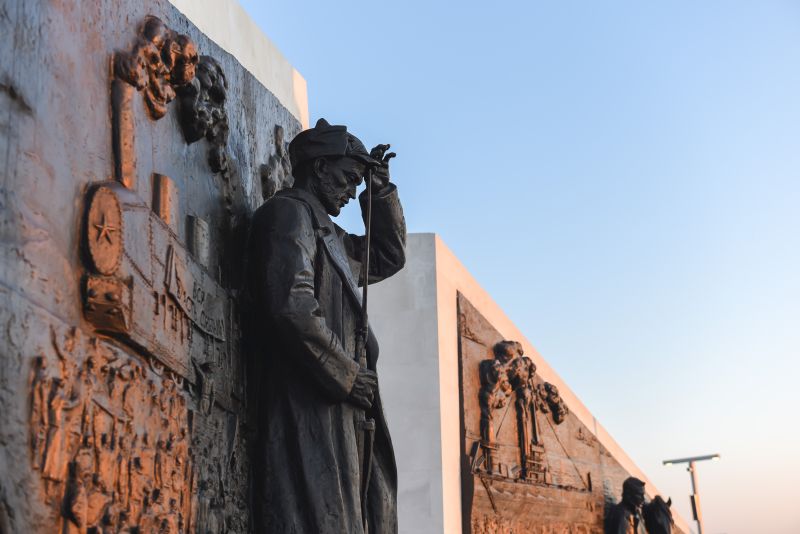 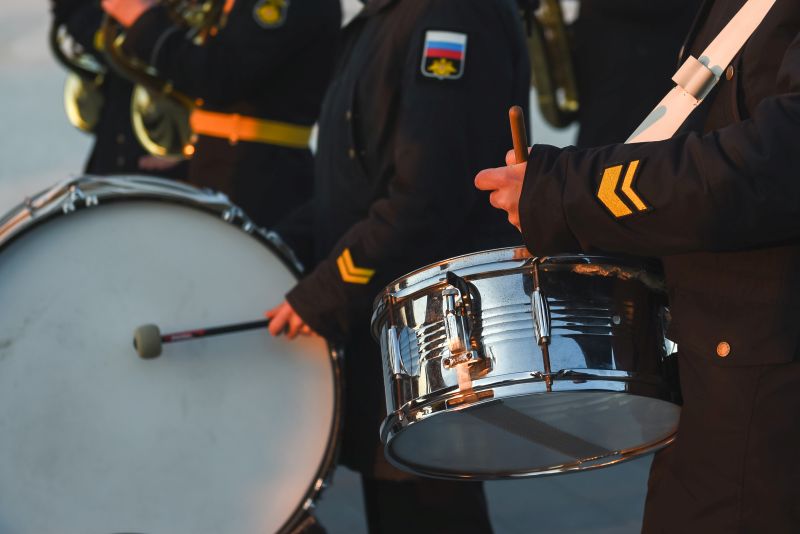 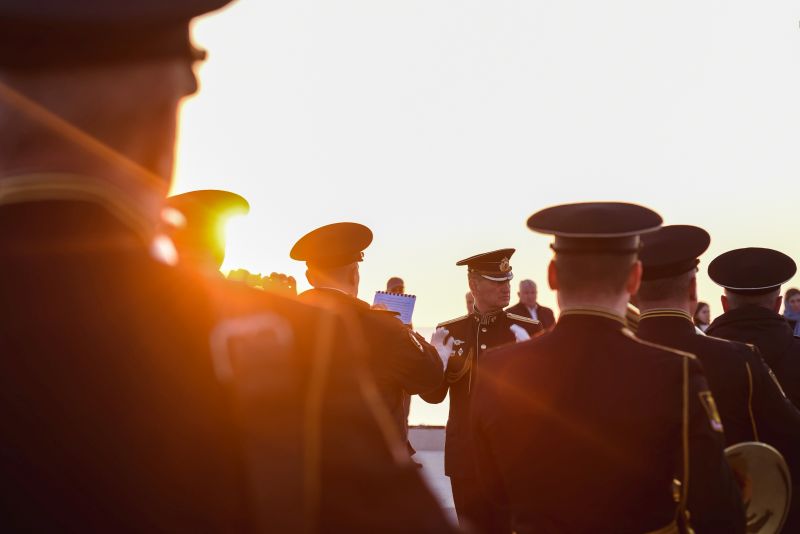 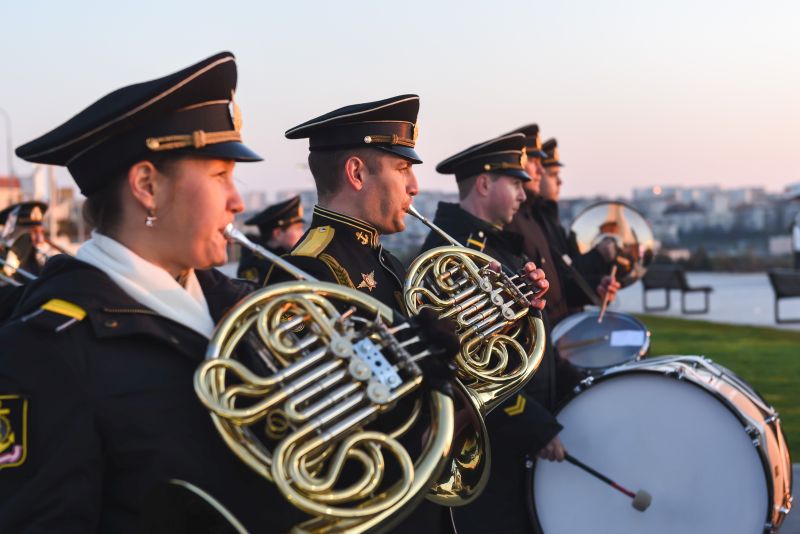 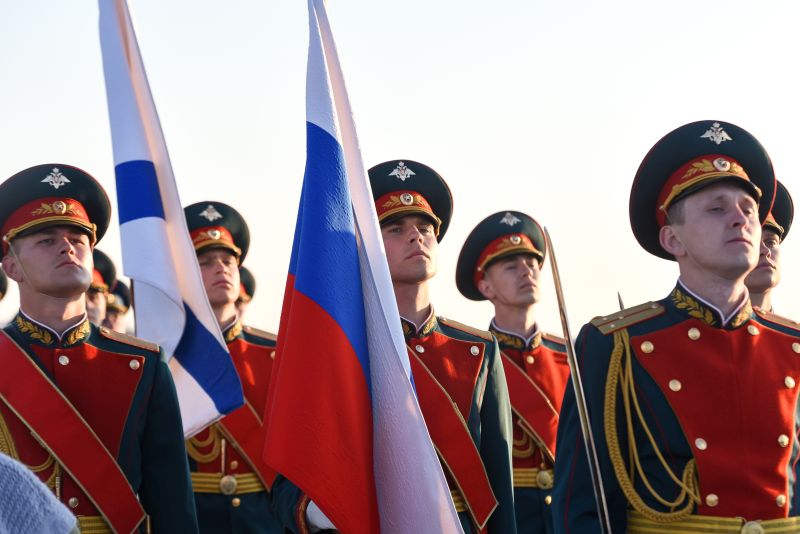 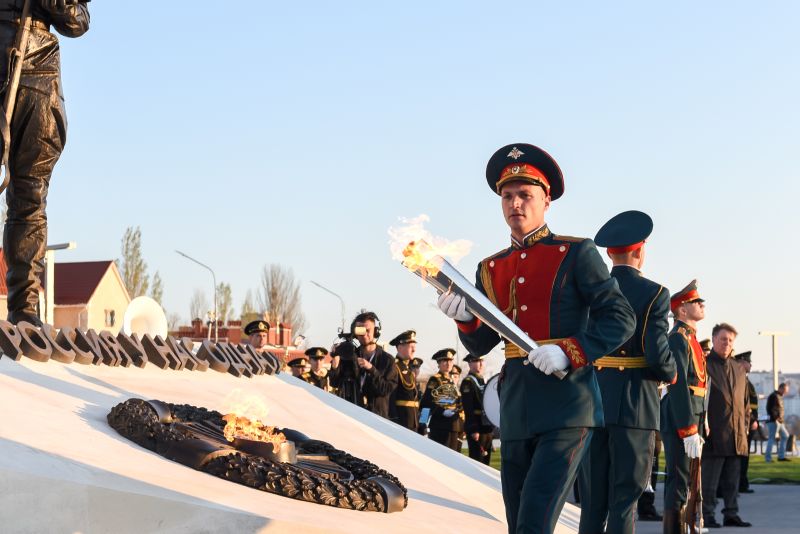 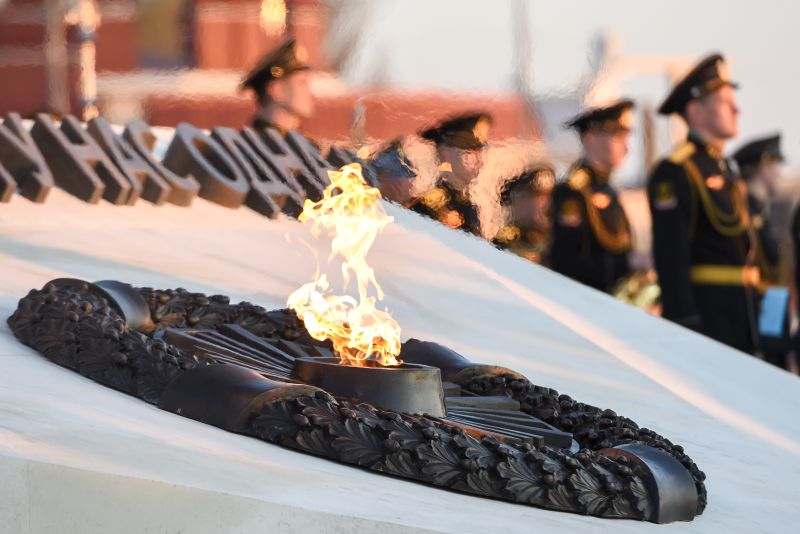 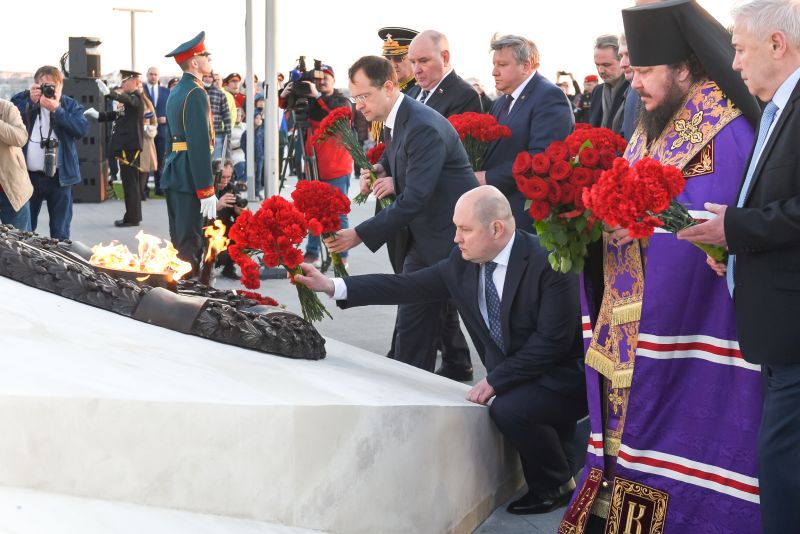 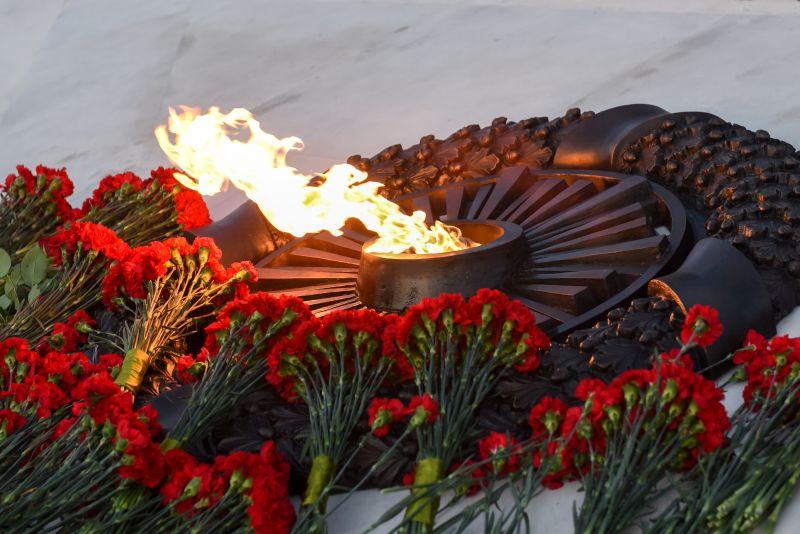