Navigation practice of 2022 on Khersones sailing ship has been completed 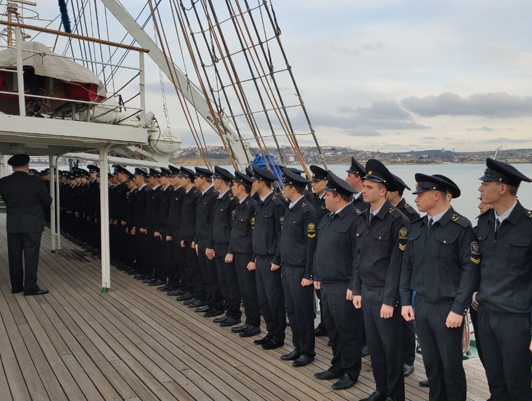 The third and final this year, change of navigation practice on the sailing training ship (STS) Khersones of FSUE “Rosmorport” has come to an end.

The practice of cadets of the Federal State Budgetary Educational Institution of Higher Education “Kerch State Maritime Technological University” began on October 1, 2022 and ended on November 30. The students disembarked from the vessel to the shore in Sevastopol after the solemn formation and parting words of the Captain of the Khersones STS.

Upon the completion of the swimming practice, the sailing ship will stay in the seaport of Sevastopol for off-season parking until April 2023, then with a new change of cadets of marine specialties on board, it will go to sea again to ensure the practice of students.

Khersones STS has spent 105 days at sea this year, has traveled more than 4,800 miles, including over 900 miles under sail. During the navigation practice, the crew and cadets took part in several significant events with the participation of the sailing ship: the birthday  celebration of the All-Russian children's center “Orlyonok”, the Youth historical and patriotic yachting campaign “Sails of the memory of the Black Sea”, the “Tavrida.ART 2022” festival, and also traditionally took part in writing the “Victory Dictation” on board the vessel. 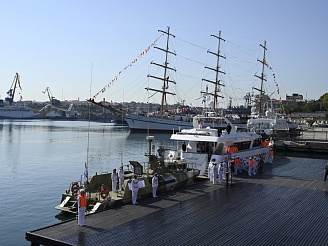 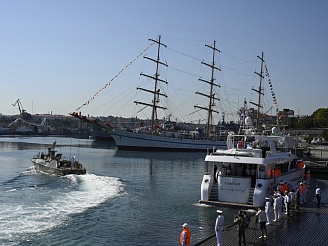 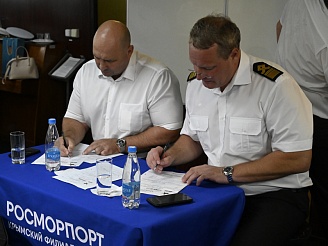 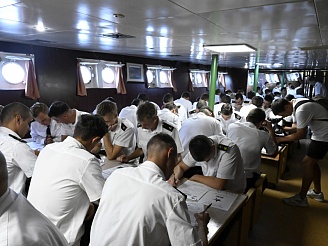 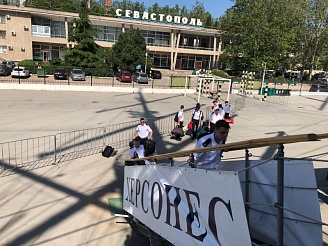 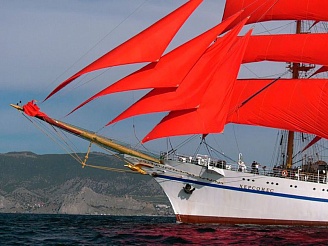 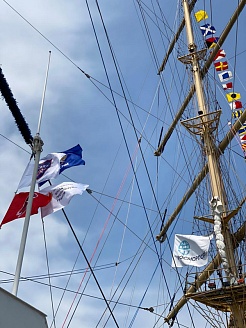 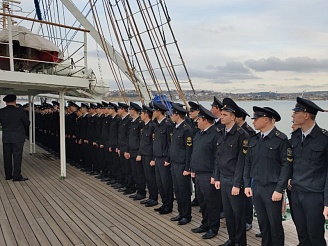 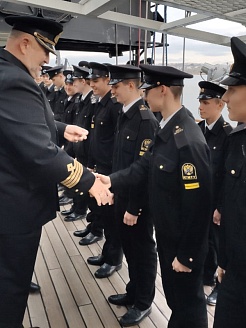 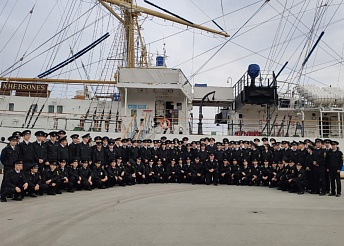