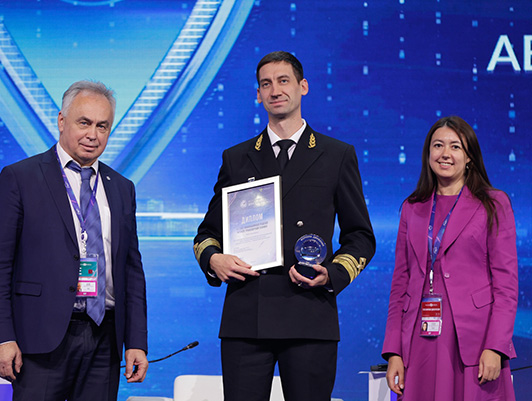 The results of the national award for achievements in the field of transport and transport infrastructure Formula of Movement were summed up on the final day of the XVI International Exhibition Transport of Russia. FSUE "Rosmorport" was awarded a prestigious prize in the nomination "The Best Innovative Solution in the Field of Transport Equipment" for the newest "green" ferry General Chernyakhovsky.

FSUE "Rosmorport" receives well-deserved recognition for the second year in a row: in 2021, the Company won in the same nomination for a modern multifunctional icebreaker with the highest degree of automation Viktor Chernomyrdin.

Marshal Rokossovsky and General Chernyakhovsky are the first two-fuel automobile and railway ferries in Russia, the commissioning of which has significantly reduced harmful emissions into the atmosphere. Innovative vessels are designed to transport Russian standard gauge railway trains and other rolling cargoes. The ferry General Chernyakhovsky began operating on October 6, 2022 on the line "Ust-Luga Seaport – Kaliningrad Seaport". Its task is to ensure stable transport communication of the Kaliningrad region with the main territory of Russia.

The vessel was built by order of FSUE "Rosmorport" within the framework of the state program Socio-economic Development of the Kaliningrad Region. The ferry is named after the outstanding Soviet commander – twice Hero of the USSR, Army General Ivan Chernyakhovsky.

For reference:
The professional award was established in 2014 by the Public Council of the Ministry of Transport of the Russian Federation. It is designed to promote the development of transport infrastructure, increase the level of transport services, as well as stimulate government and commercial structures to solve significant problems of the industry. 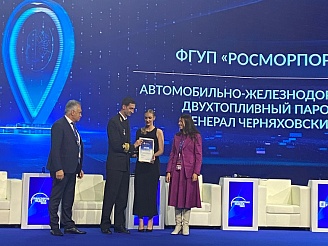 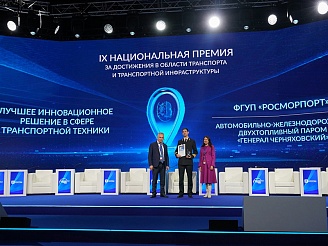 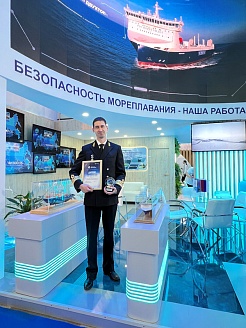