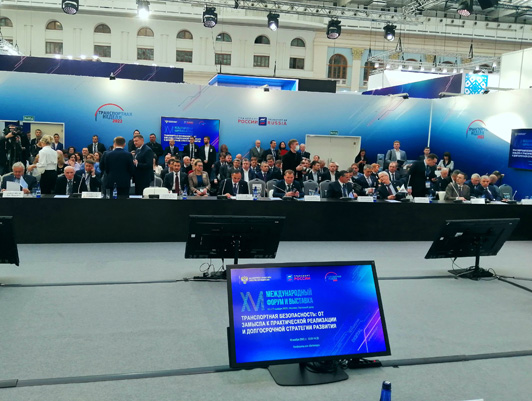 The second day of the XVI International Exhibition “Transport of Russia” turned out to be fruitful for FSUE “Rosmorport”, which took part in a number of business events.

On the second day of the largest transport exhibition in Russia with foreign participation, work began with the solemn ceremony of laying the keel of a new icebreaker of Icebreaker7 ice class with a capacity of 18 MW. The vessel is being built for FSUE “Rosmorport” at the Vyborg Shipyard. The keel laying ceremony took place in Vyborg. In Moscow, the participants of the ceremony were welcomed via video-conference by Alexander Poshivai, Deputy Minister of Transport of the Russian Federation, and Sergey Pylin, General Director of FSUE “Rosmorport”.

After laying the keel, Sergey Pylin answered questions from journalists of federal and industry media, and also gave an interview to RBC-TV. The General Director of FSUE “Rosmorport” told the audience of one of the country's leading business media about the construction of new vessels and the expected results of the enterprise's activities by the beginning of 2023.

Head of FSUE “Rosmorport” also found time in his busy schedule to visit the stand of the Novotrans Russian Transport Holding. Sergey Pylin discussed with the management of the company the stages of construction of coastal infrastructure and dredging on the project of construction of the universal terminal Ust-Luga as part of the Comprehensive Plan for Modernization and Expansion of the Main Infrastructure.

An important event of the day was the Rosmorrechflot industry conference “Water Transport in New Conditions: Look Beyond the Horizon”, which was also attended by FSUE “Rosmorport”. The conference participants shared their experience, discussed the current state of affairs in the industry and development prospects.

Aleksandr Leshchikov, Deputy General Director for Security of FSUE “Rosmorport”, spoke at the industry conference “Transport Security: From Concept to Realization and Long-Term Development Strategy”. During his speech, Aleksandr Leshchikov explained how the seaports and vehicles being on the balance sheet of the enterprise are protected now and what is the role of FSUE “Rosmorport” in ensuring transport security. The event was attended by the heads of relevant departments and the power unit. 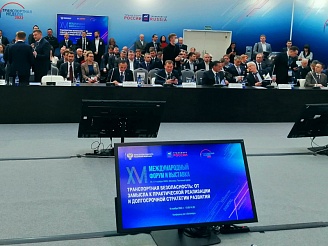 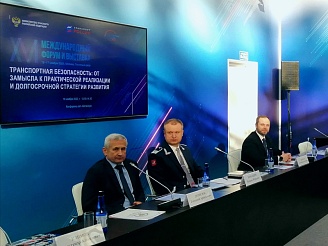 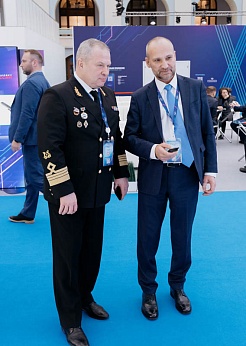 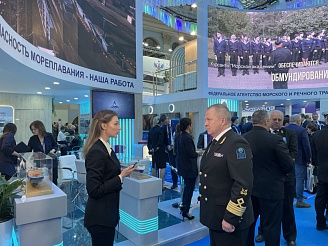 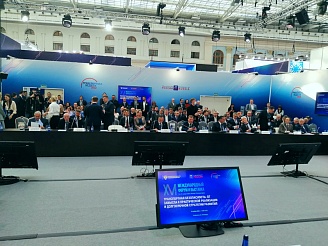