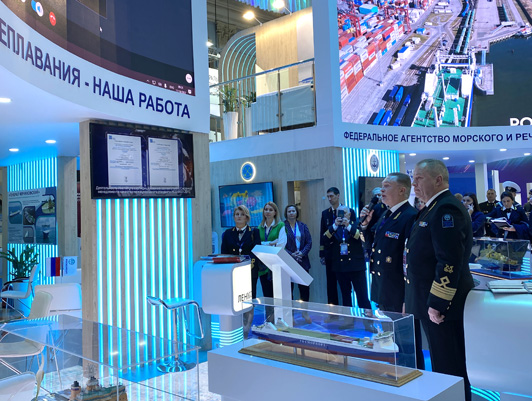 The solemn ceremony of laying the keel of the FSUE “Rosmorport” icebreaker with a capacity of 18 MW of Icebreaker7 ice class took place on November 16 at the Vyborg Shipyard in the Leningrad Region. The event was broadcast in video-conference mode at the exhibition exposition of FSUE “Rosmorport” during the XVI International Exhibition “Transport of Russia” in Gostiny Dvor.

The linear diesel-electric icebreaker of the 21900M2 project is being built under a state contract at the expense of the federal budget at part of the National Project “Transport Part of the Comprehensive Plan for Modernization and Expansion of the Main Infrastructure”.

“Here is another event of laying another icebreaker. I say the word another with great pleasure, because this is the fourth icebreaker. The previous three – Vladivostok, Novorossiysk, Murmansk icebreakers – are already working for Rosmorport and for the country. We are very pleased with these icebreakers. Thank you for your work!” Alexander Poshivai addressed the shipbuilders. “We hope that the new icebreaker will have increased capacity of 18 MW, increased Icebreaker7 ice class and will meet the high standards that you are fulfilling as well.”

During the construction of the new icebreaker, a domestic set of equipment of the propulsion complex will be used: diesel generators and screw steering columns. The vessel is designed to ensure year-round operation of the freezing seaports of the Baltic Basin.

“Vyborg Shipyard is our long-standing partner. Three linear icebreakers built at the shipyard of the plant are successfully operating in the eastern part of the Gulf of Finland, in the Arctic, in the Far Eastern Region,” Sergey Pylin, General Director General of FSUE “Rosmorport”, said. “We are sure that the new icebreaker, whose keel we are laying today, will also be worthily included in the icebreaking group of FSUE “Rosmorport”. Good luck!”

By tradition, a commemorative plaque was installed on the mortgage section of the vessel in Vyborg, after which the consecration ceremony of the section was held at the plant.

The new icebreaker with a capacity of 18 MW is capable of reaching speeds of more than 17 knots on clean water, working in autonomous mode for 40 days, continuously overcoming a solid ice field up to 1.5 m thick. It is designed to independently provide icebreaking assistance and towing of large-tonnage vessels and other floating structures, as well as cargo transportation: up to 33 containers on the open part of the upper deck, including the possibility of connecting 12 refrigerated containers. The vessel is also capable of conducting ice reconnaissance and search and rescue operations using an unmanned aircraft complex, for example, using a helicopter-type aircraft.

The icebreaker can participate in scientific research expeditions, carrying out underwater technical work, in particular, exploring the seabed, extinguishing fires, oil spill response operations, assisting ships in distress and performing a number of other special work at sea. The helipad provides the possibility of landing heavy helicopters such as Ka-32 and Mi-8.

A high degree of automation (AUT1-ICS) and a computer integrated system allow to ensure the smooth operation of the icebreaker without the constant presence of personnel in the engine rooms and at the central control post. The vessel accommodates a crew of up to 35 people, as well as up to 22 special personnel. 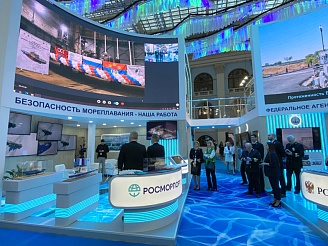 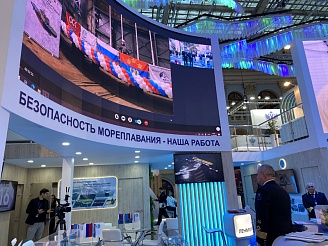 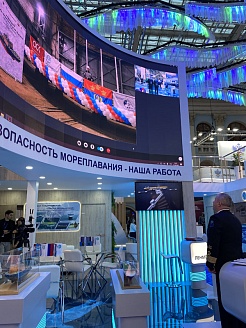 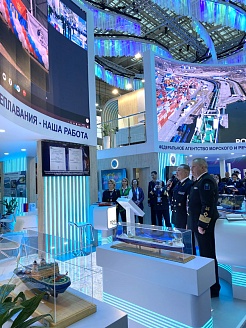 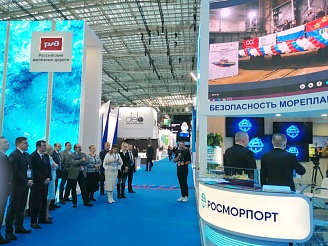 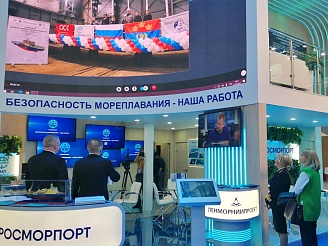 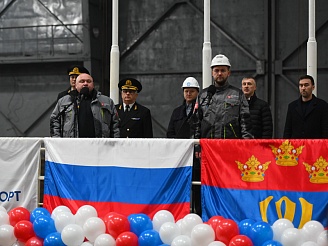 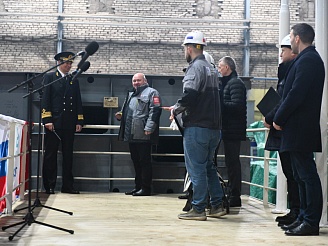 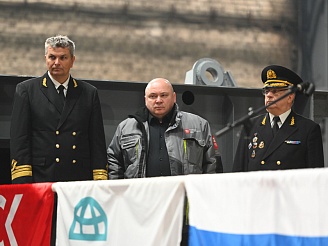 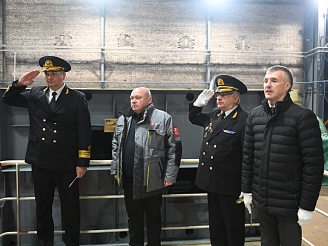 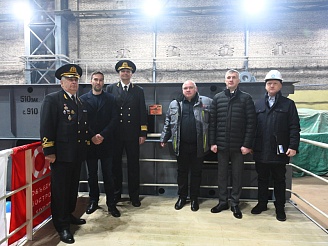 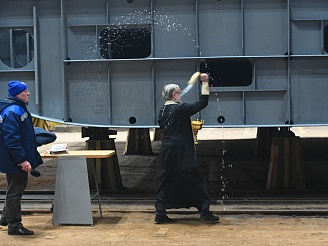 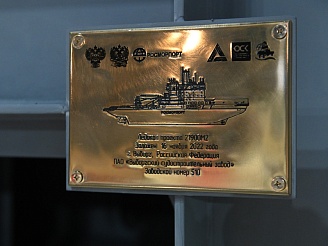