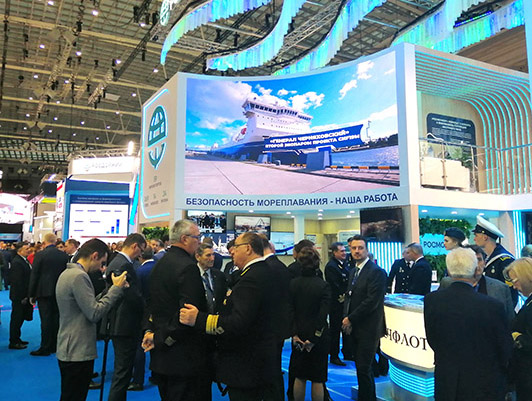 FSUE “Rosmorport” traditionally takes part in the events of the Transport Week as an official partner with the construction of its own exhibition exposition. On 15–17 November, during the days of XVI International Exhibition “Transport of Russia”, the enterprise presents a unique two-storey booth built up with the use of modern technologies. For the second year in a row, FSUE “Rosmorport” acts as an official partner of the evening event.

The concept of the exhibition booth of FSUE "Rosmorport" reflects the basic principles of its work as a leader in the maritime industry: introduction of innovations in the fleet construction and operation projects, development and modernization of port infrastructure, fleet expansion and improvement of its manufacturability, concern for the environment.

The enterprise's exposition this year is based on the modern dual-fuel eco-ferries Marshal Rokossovsky and General Chernyakhovsky that have been put on the strategically important Seaport of Ust-Luga – Seaport of Kaliningrad sea line in March and October 2022, respectively.

Decor imitating wildlife used in the design of the exhibition space is designed to emphasize the careful attitude of the enterprise to the nature. FSUE “Rosmorport” owns modern eco-friendly vessels, conducts conscious activities in ports, compensating for the damage caused to aquatic biological resources during construction work, and is also a sponsor of environmental actions. In 2022, the enterprise became a partner of an environmental project aimed at preserving and increasing the Amur tiger population, a year earlier FSUE “Rosmorport” supported expeditions to study and preserve the Caspian seal.

Within the exhibition space of FSUE “Rosmorport” there are models of the ferry General Chernyakhovsky, which recently joined the fleet of the enterprise, the world's largest and most powerful non-nuclear icebreaker Viktor Chernomyrdin, which successfully completed ice tests in May this year, as well as the newest diesel-electric icebreaker with a capacity of 18 MW, its keep laying ceremony being scheduled for at the booth of the enterprise during the International Forum and Exhibition “Transport of Russia” in the video-conference mode.

The part of the exposition dedicated to the successful tests of the flagship of the fleet in the Arctic tells not only about the technical capabilities of the vessel and the complex maneuvers performed by it on the ice fields, but also about the life and work of the crew, the nature of the Arctic, which the sailors observe and protect during expeditions.

This year, Subsidiaries – Onego Shipyard JSC and LENMORNIIPROEKT JSC are represented at the booth of FSUE “Rosmorport”. In the reception area of the Onego Shipyard, you can learn more about the materials on the project of deep modernization of the shipyard, which involves the introduction of digital support for the construction of vessels, robotization and automation of production processes. The project will increase the metal processing capacity in the hull processing industry to 10 thousand tons per year. A media content about the construction of seven crabbers is broadcast on the screen of the Onego Shipyard as part of the “Quotas under the Keel” program aimed at updating the domestic fishing fleet.

On the touch table of LENMORNIIPROEKT JSC, there are 3D models of such projects as a marine terminal of mineral fertilizers in Primorsky Krai, a transshipment complex of the mining and processing plant in the Chukotka Autonomous District, a terminal for loading and further transportation of oil in the Krasnoyarsk Territory and a unique coal marine terminal with year-round operation in the conditions of the Far North (Yenisei Bay of the Kara Sea). Information about the work of the institute – the general designer who performs work at all stages of the design of marine transport facilities, from the preparation of a declaration of intent to author supervision, – can be found in the reception area of the company. 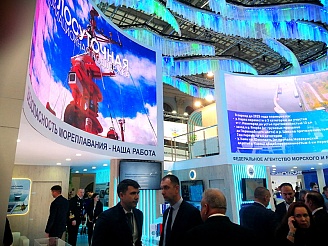 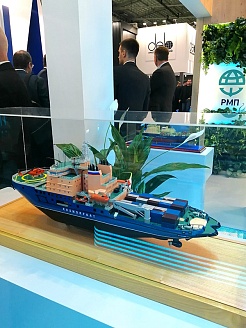 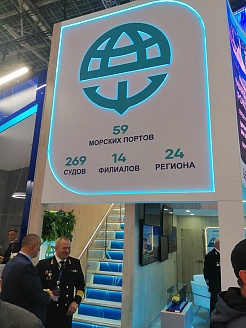 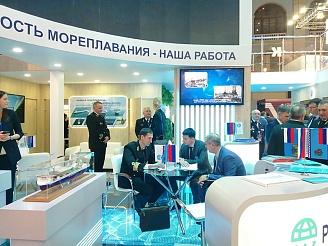 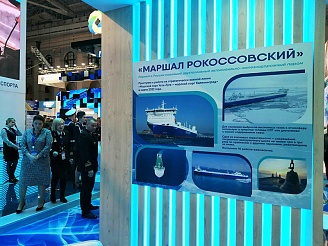 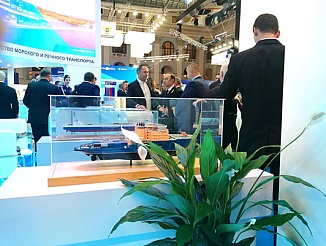 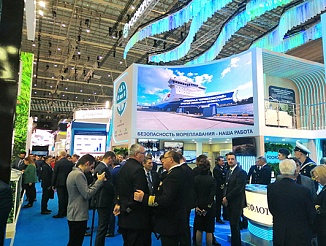 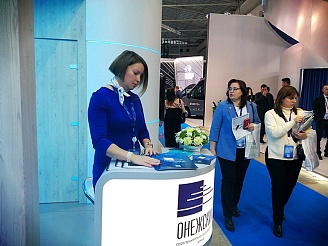 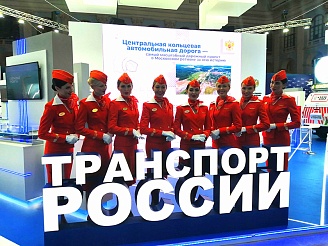 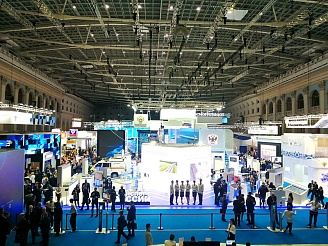 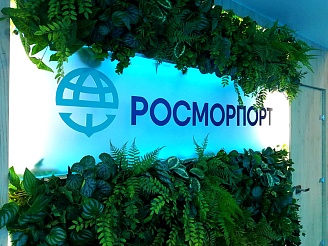