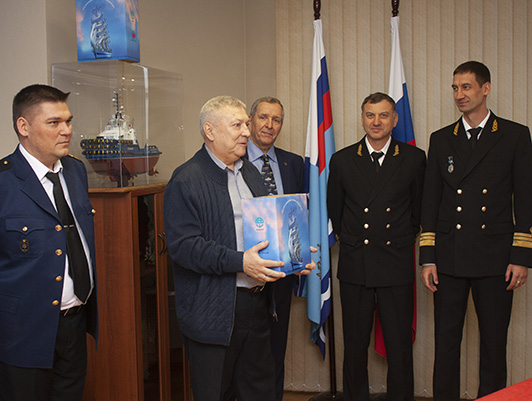 35 years ago, the Vessel Traffic Service (VTS) was established in the seaport of Arkhangelsk. This was an important step towards ensuring the safety of navigation which subsequently helped to significantly increase the possibilities of the seaport in various conditions.

On November 11, the best employees of the service - 13 active employees and veterans – were awarded for their significant personal contribution to the work of the unit and ensuring the safety of navigation in the conference hall of the FSUE “Rosmorport” Arkhangelsk Branch. Guests of honor congratulated warmly the management of the VTS, the staff of the service and veterans.

Kirill Gaida, Deputy General Director for Navigation Safety of FSUE “Rosmorport”, who began his career at the enterprise as an operator of the Arkhangelsk Branch VTS, congratulated the audience on behalf of the Central Office of the enterprise.

“Special words of gratitude should be expressed to veterans, a group of enthusiasts who created this facility with their own hands, as well as to those who devoted many years to this difficult work,” Kirill Gaida said, handing the service representatives a valuable gift – a wall clock. “In the current situation, with many former “strategic partners” refusing to cooperate, the decent work of technical services should be noted. They have reoriented themselves in the equipment market in a timely manner, taking the right course generally for domestic manufacturers. Not a single VTS in Russia stopped working during the transition period, which indicates a high level of training and experience of the engineering staff.”

Evgeny Gagarin, Head of the VTS, said that an anniversary booklet on the team work was issued to meet the symbolic date:

“I thank everyone whose achievements have written glorious pages in the history of our service. The VTS is aimed at ensuring the safety of human life at sea, improving the safety and efficiency of navigation and supporting environmental protection in the VTS area. I wish the team members to be pleased with their job! I wish everyone health and trouble-free shifts!”

The history of Vessel Traffic System in Russia dates back to 1959, when a feasibility study was given for the equipment of the ports of the USSR with coastal radar stations. In 1973, a resolution was issued by the Technical Council of the Ministry of the Navy on the establishment of fleet traffic control posts at the port of Arkhangelsk. On November 13, 1987, as a result of many years of joint work of all those involved in the creation of navigation support systems in ports, Head of the Northern Shipping Company approved the fundamental document – the Act of Acceptance of the Ocean-M51 coastal radar station (CRS) of the port of Arkhangelsk into service with its placement in the loading and unloading area called “Economy”. The commission confirmed that the Ocean-M51 CRS system submitted for delivery passed the tests and could be used as a technical means of the Vessel Traffic System of the port of Arkhangelsk to perform radar traffic control and radar pilotage of vessels in the section from Lapominsky gate to Priluksky gate.

On October 3, 1997, by an Act of the State Acceptance Commission, the Vessel Traffic Control Center and the Radar Post on Mudyugsky Island were put into operation, modern at that time equipment from Norcontrol and other manufacturers was installed and put into operation. On October 8, 1998, the first category was assigned to the Vessel Traffic System of the port of Arkhangelsk, and on December 27, 2007, a Certificate of Compliance with the technical and operational requirements of the highest category was issued by the Federal Service for Supervision of Transport.

Over the years of its existence, the VTS has undergone several upgrades, its technical capabilities have significantly expanded, the means of the service and its area of operation have been improved. Still, one thing remained unchanged – the tradition of transferring experience and knowledge to new generations of employees. Such approach of continuity of generations has made the VTS of the port of Arkhangelsk one of the most trouble-free and reliable in Russia.

Vessel Traffic Management is as ancient an activity as shipping industry. The first stage of the water transport traffic organized management is considered to be the work of shipping canals, where, in order to increase their capacity, alternating traffic was introduced, provided both by special rules and various systems of light and sound signals.

The appearance of radio telegraph and radio equipment in the fleet made a significant contribution to the development of vessel traffic control methods, allowing to establish communication according to the “ship-to-ship” and “ship-to-shore” schemes and to organize the transmission of advisory and administrative information. In the future, radio communication, especially in the ultrashort wave range, has become the most important part of many vessel traffic systems.

In the most general way, the problem of vessel traffic control is solved with the help of special coastal technical complexes, based on radar stations and VHF radio communications. Such complexes appeared in the late 1940s and were called Vessel Traffic Systems. The development of computer technology rose them to a whole new level. Currently, more than 500 ports and areas of the World Ocean are equipped with such systems. 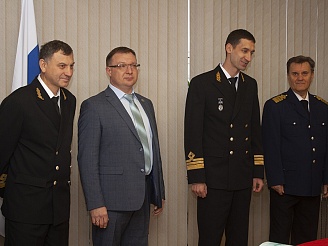 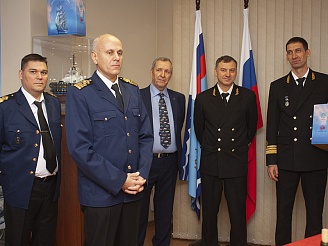 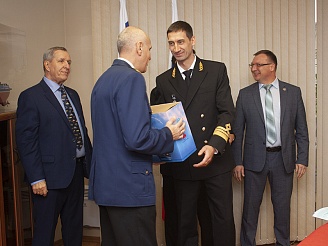 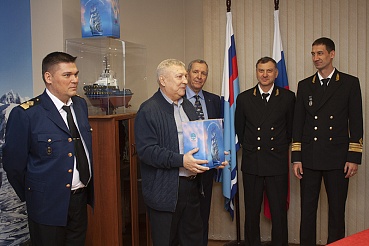