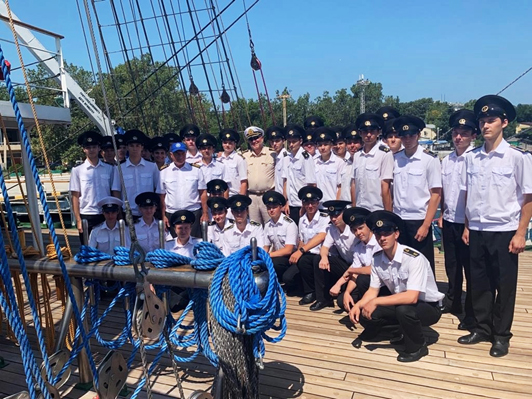 The second shift of navigation practice started on the Khersones sailing training boat for 101 cadets from FSFEI HE “Admiral Ushakov Maritime State University”, FSFEI HE “Volga State University of Water Transport” and their branches.

Within two months, 4 experienced tutors will help cadets to master the basics of maritime profession in practice – to keep watches on the rudder, operate masts and sails, and do emergency work.

Until September 30, the second crew of cadets will take part in the youth historical patriotic yacht cruise “Black Sea Memory Sails” in order to preserve historical memory and instill in younger generation love for the Fatherland, and in actions of the Tavrida.ART festival, one of the key events of the Year of Cultural Heritage of the Peoples of Russia and a platform for creative self–expression for thousands of young workers in culture, arts and creative industries.

The cadets of the first shift made 6 Black Sea voyages, with the sailboat covering more than 1,700 nautical miles.

The key event during the navigation practice was the participation of cadets in the celebration of the birthday of the Orlyonok Russian children’s center. On the eve of the holiday, the frigate entered the water area of the Orlyonok under scarlet sails and called at a roadstead near the Shtormovoy children’s camp, where the crew and cadets welcomed the participants of the 7th thematic shift. 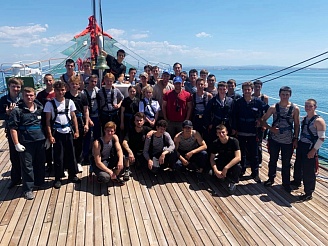 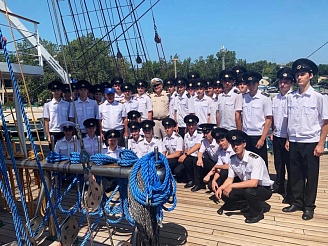 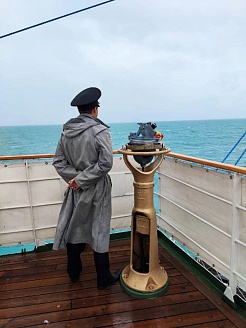 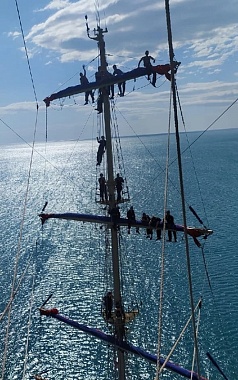 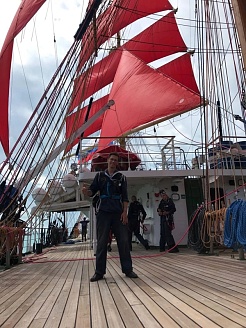 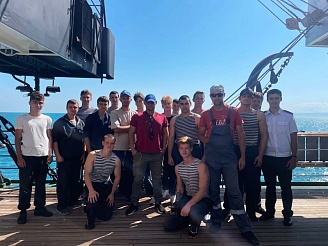 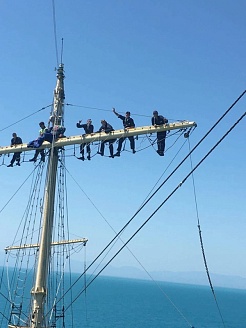 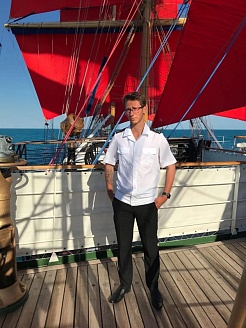 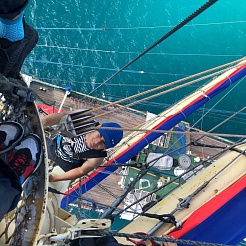 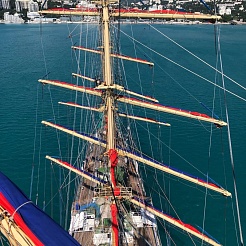 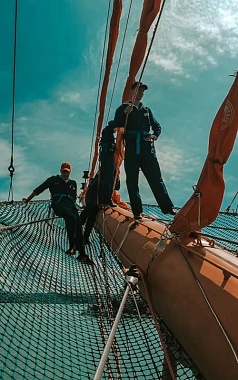