Russia's first dual-fuel road-railway ferry Marshal Rokossovsky has successfully completed its raid from the seaport of Tuzla (Istanbul) to the seaport of Kaliningrad. In the nearest future, the ferry will be put on the Ust-Luga - Baltiysk line, which is strategically important for Russia.

The ferry was built by order and at the expense of FSUE "Rosmorport". The construction was carried out by The Nevsky Shipyard LLC (part of The United Shipbuilding Corporation JSC) in cooperation with the Turkish shipyard The Kuzey Star Shipyard. The design of the vessel was developed by The Marine Engineering Bureau - Design - SPb LLC.

With modern equipment of the ferry, the amount of automation, equipment in accordance with the rules and conventions, as well as comfortable living conditions, the crew can work on the vessel with confidence and efficiency.

Till the end of 2022 the fleet engaged in the Ust-Luga - Baltiysk line is expected to be reinforced by one more vessel, the General Chernyakhovsky ferry, which is currently being under construction by order of FSUE "Rosmorport".

Putting into operation of two new "green" ferries will make it possible to improve transport safety of the Kaliningrad region, to redirect part of the cargo traffic which is currently going through the territories of neighboring countries to the territory of Russia, as well as to provide transportation of cargo required for domestic consumption.

The use of environmentally clean fuel will allow to reduce carbon dioxide emissions to the atmosphere by 20-30 %, nitrogen oxides – by over 90 %, sulfur oxides and carbon black – by 100 % compared to similar vessels running on traditional heavy fuel. 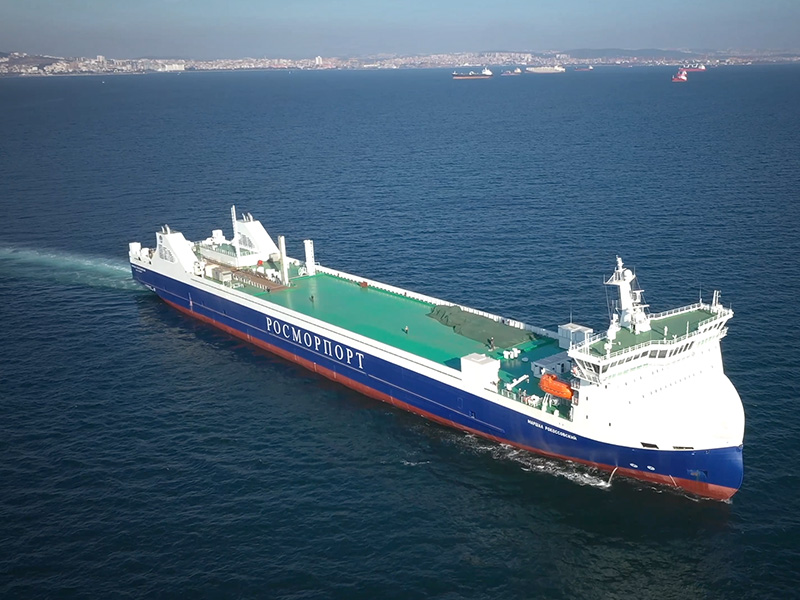 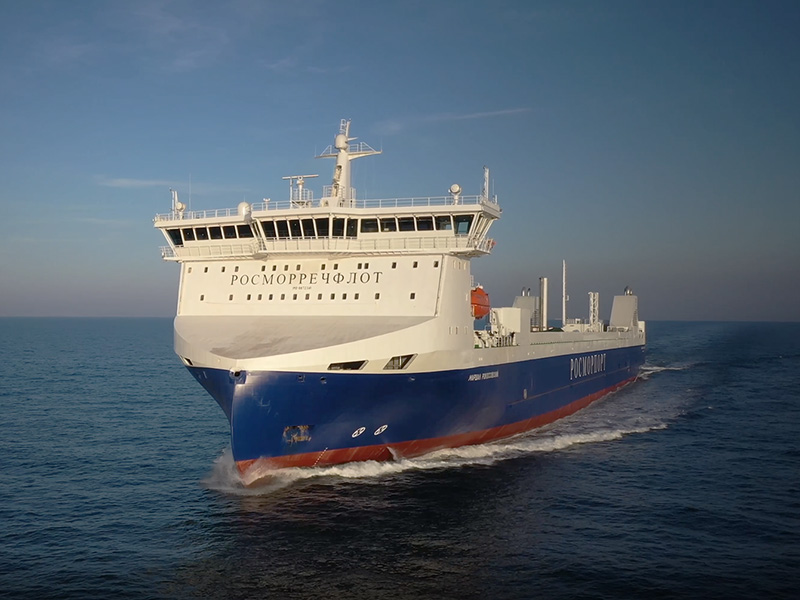 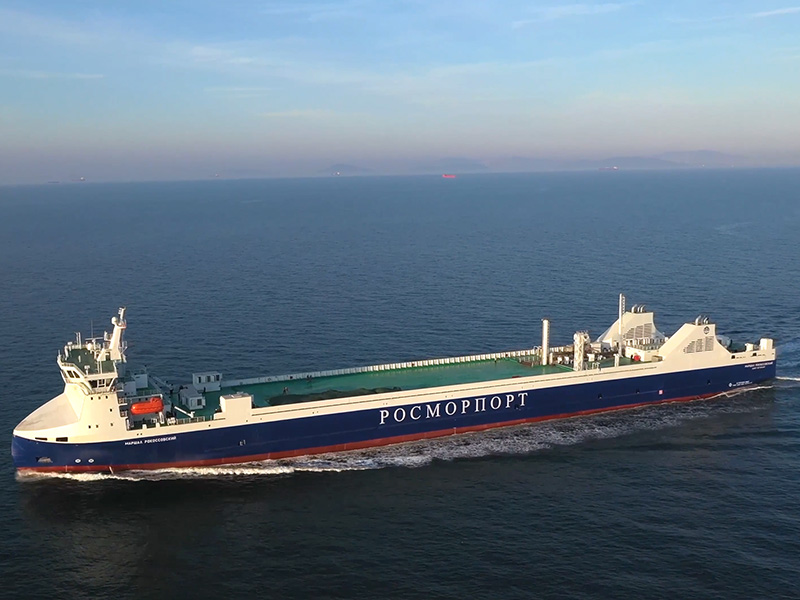 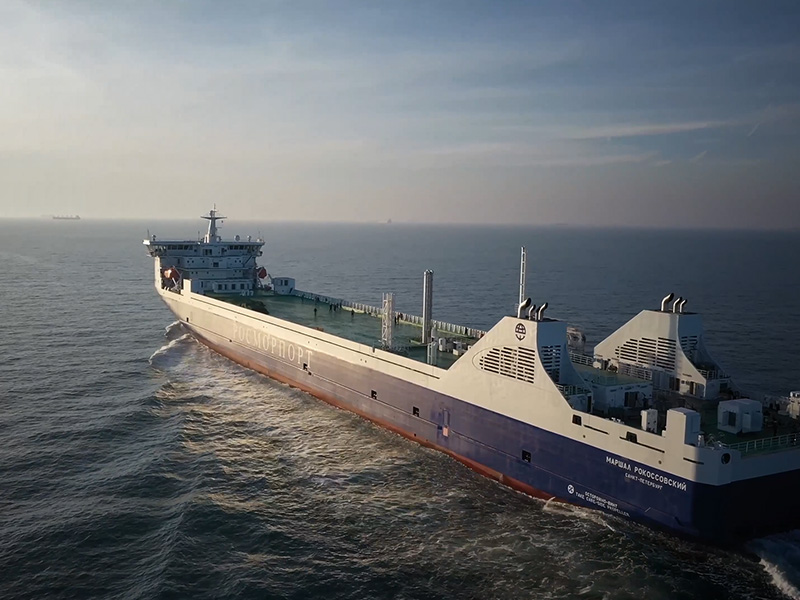 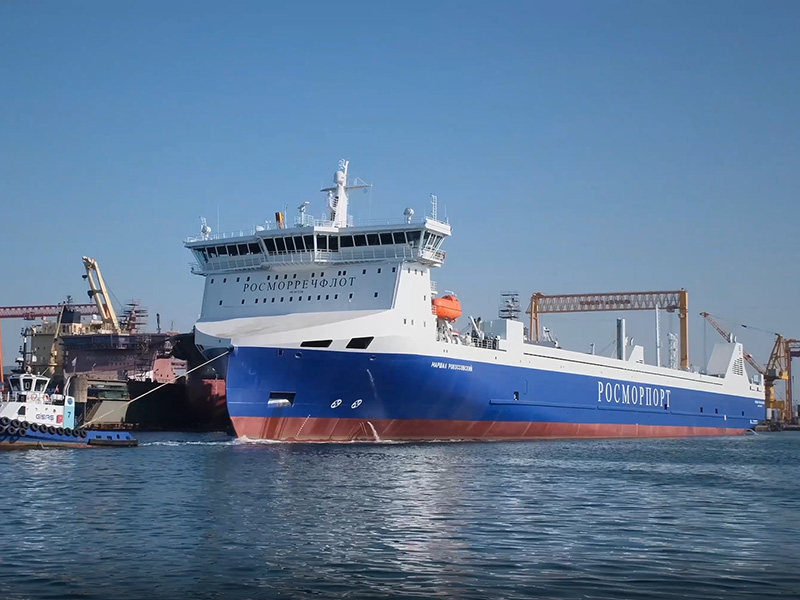