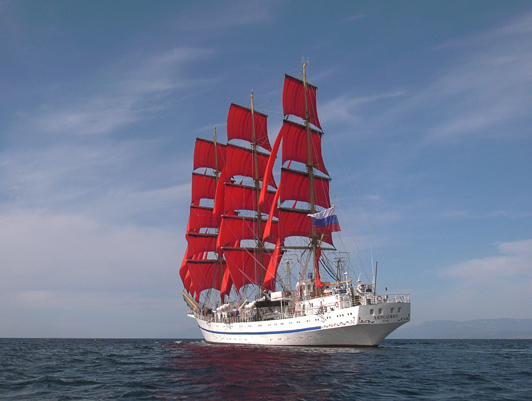 Navigation of the sailboat to ensure navigation practice in 2021 lasted for 8 months (from April 1 to November 30), during which the Khersones covered more than 7,900 miles, visited the seaports of Yalta, Novorossiysk, Sochi. The crew and cadets took part in many social and cultural events, namely:

- the “Immortal Regiment on the water” in the seaport of Sevastopol,

- celebrations dedicated to the anniversaries of the Artek International Children Center and the Orlyonok Russian Children's Center,

In August 2021, the sailboat was re-equipped from classic white to red (scarlet) sails, making it the only sailboat of this size with scarlet sails. Re-equipment was carried out by the crew and cadets and took 10 days.

At the ceremonial parade at the end of the 4th shift of navigation practice, the command of the sailing boat celebrated the best cadets, and the captain gave them souvenirs. 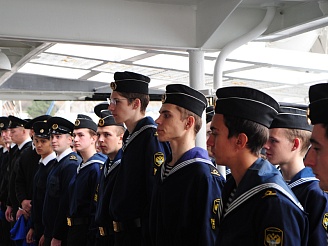 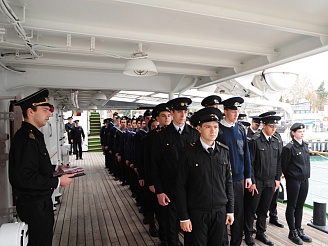 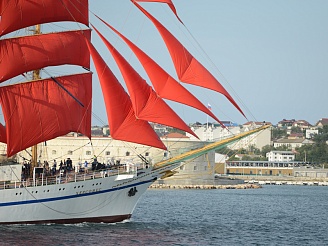 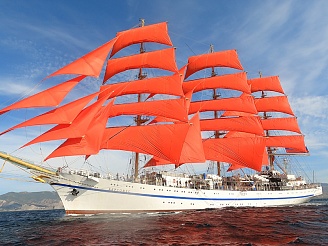 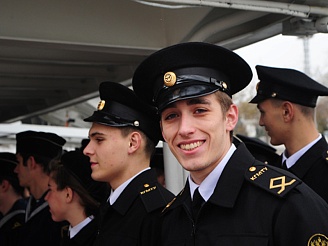 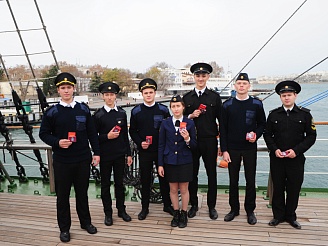 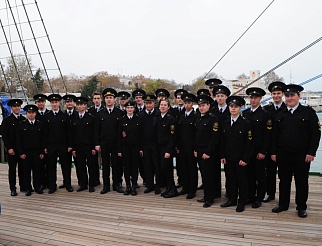 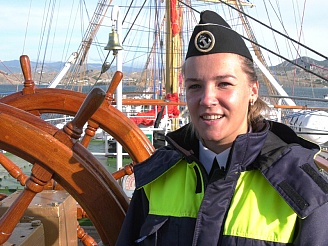 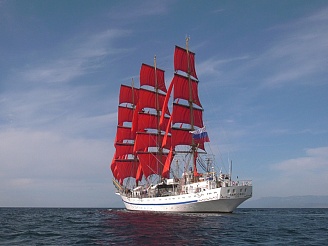