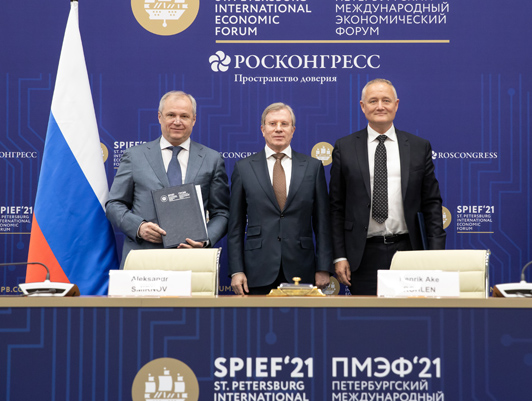 During the XXIV St. Petersburg International Economic Forum (SPIEF), FSUE "Rosmorport" signed an agreement with the Swedish company Arctic Marine Solutions (AMS). According to the concluded agreement, Viktor Chernomyrdin of FSUE "Rosmorport, the largest and most powerful diesel-electric icebreaker in the world ", will participate in the provision of icebreaking assistance to the international ocean dredging scientific expedition ArcOP in the seas of the Arctic Ocean in 2022.

The agreement was signed by the General Director of FSUE "Rosmorport" Aleksandr Smirnov and Managing Director of AMS Henrik Åke Rohlén. The ceremony was held in the presence of the Minister of Transport of the Russian Federation Vitaly Savelyev and the Head of Rosmorrechflot Andrei Lavrishchev.

ArcOP is a unique and complex expedition. Within its framework, scientific marine operations will be carried out in difficult ice and weather conditions in the high latitudes of the Arctic on the Lomonosov Ridge, which is the one of the most remote parts of the world. The fleet, consisting of the scientific drilling vessel Dina Polaris and the icebreakers Viktor Chernomyrdin and Oden, has to ensure dredging in this region permanently covered with ice.

As part of the expedition, it is planned to apply the best practices in polar operations. ArcOP will also make it possible to demonstrate the importance of a joint approach to provide maritime security.

The participation of the Russian icebreaker fleet in ensuring international research activities in the Arctic region will allow Russia to strengthen its position as a leading Arctic state.

The international scientific expedition ArcOP is dedicated to the study of climate changes in the central Arctic Ocean, which is the last major region on Earth where the long-term climate history remains poorly researched. At the same time, the region is most susceptible to global warming and is also a factor in global climate change.

The ArcOP expedition is the most important stage in the reconstruction of the detailed history of climate changes in the central Arctic Ocean over the past 50 million years. ArcOP will allow to study the important time interval covering the period of noticeable changes in the global climate. 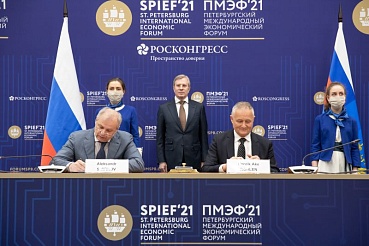 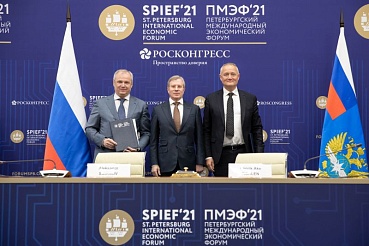