Opening of the photo exhibition dedicated to the circumnavigation of the sailboat Mir in the Peter and Paul Fortress in St. Petersburg 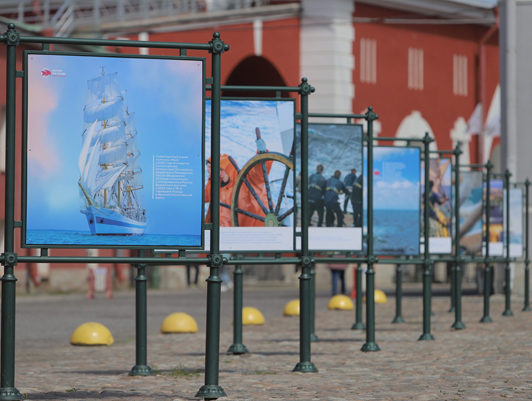 The first photo exhibition of the FSUE "Rosmorport" dedicated to the SAILING THE GLOBE circumnavigation of the sailing boat Mir, which will be held in 2022-2023, was opened on the territory of the Peter and Paul Fortress (Cathedral Square) in St. Petersburg.

The exhibition will be held from June 2 to June 6 of 2021. The exhibition is open to the public and is timed to coincide with the St. Petersburg International Economic Forum (SPIEF), within the framework of which FSUE "Rosmorport" will hold a presentation of the circumnavigation project for the first time.

SAILING THE GLOBE circumnavigation is supported by the President of the Russian Federation Vladimir Putin and dedicated to the celebration of World Sea Day in Russia in 2023 and the 78th anniversary of the Victory in the Great Patriotic War.

It is planned to launch the circumnavigation from the Big Port Saint Petersburg during the St. Petersburg International Economic Forum in June 2022. The return to home port is planned on May 9, 2023.

The proposed route includes passage through the Northern Sea Route, a visit to the seaport of Vladivostok on the dates of the annual Eastern Economic Forum, sailing from the Pacific Ocean to the Atlantic Ocean by the Drake Strait around Cape Horn, and visiting seaports in countries along the route. It is planned to visit the seaports of South Korea, Japan, China, Germany, France, Denmark, Great Britain, Cuba, Chile, Brazil, Argentina, and Mexico.

Cadets from leading maritime universities will be on the ship during the entire route of its circumnavigation. Passengers from different countries will also be aboard. 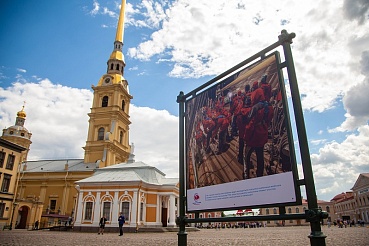 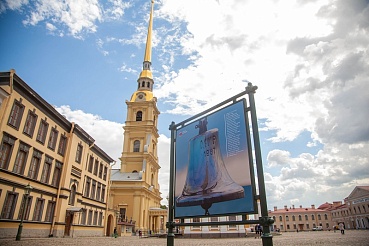