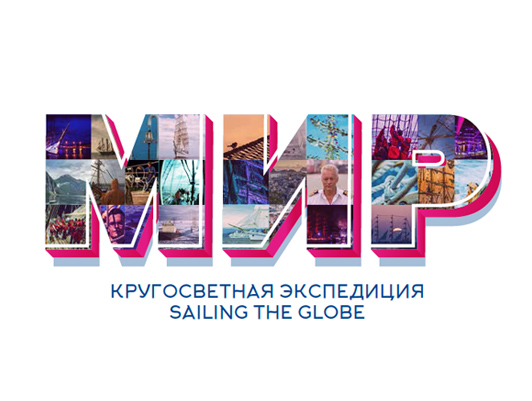 For the first time, the head of Rosmorrechflot Andrei Lavrishchev and the General Director of FSUE "Rosmorport" Alexander Smirnov will publicly present the circumnavigation project SAILING THE GLOBE for the Mir sailboat at the Saint Petersburg International Economic Forum (SPIEF).

SAILING THE GLOBE circumnavigation is dedicated to the celebration of the World Sea Day in Russia in 2023 and the 78th anniversary of the Victory in the Great Patriotic War. It will contribute to the strengthening of the international authority and prestige of our state, will become a symbol of peace and an expression of goodwill, and will also raise the prestige of maritime professions.

Vitaly Savelyev, Minister of Transport of Russia, acts as the Chairman of the Circumnavigation Organizational Committee.

As part of the event, the program and the route of the expedition will be presented to the forum participants and journalists.

The three-masted training frigate Mir is considered the fastest frigate in the world. It recorded a maximum speed under sails of 21 knots (38.9 km/h).

It is planned to launch the circumnavigation from the seaport of Big Port of Saint Petersburg during the SPIEF in June 2022. The return to home port is scheduled for the Victory Day, on May 9, 2023. Cadets from various maritime universities and passengers will be on board of the sailing vessel.

The proposed route includes the passing of the Northern Sea Route, a visit to the seaport of Vladivostok on the dates of the annual Eastern Economic Forum, sailing from the Pacific Ocean to the Atlantic Ocean by the Drake Strait around Cape Gorn, visiting seaports in the countries along the route. It is planned to visit the seaports of South Korea, Japan, China, Germany, France, Denmark, Great Britain, Cuba, Chile, Brazil, Argentina and Mexico.

According to experts, the Mir sailboat will have to cover about 37 thousand nautical miles, or about 68.5 thousand kilometers, which is more than one and a half times longer than the equator.

The circumnavigation was organized by FSUE "Rosmorport", the Association of Training Sailboats of Russia and the Roscongress Fund with the support of the Ministry of Transport of Russia, Rosmorrechflot, the Ministry of Foreign Affairs of Russia, FSUE "Atomflot", Government of Saint Petersburg, the Government of Primorsky Krai, Admiral Makarov State University of Maritime and Inland Shipping.