The first, Atlantic stage of transporting the sailing ship Slavyanka comes to an end 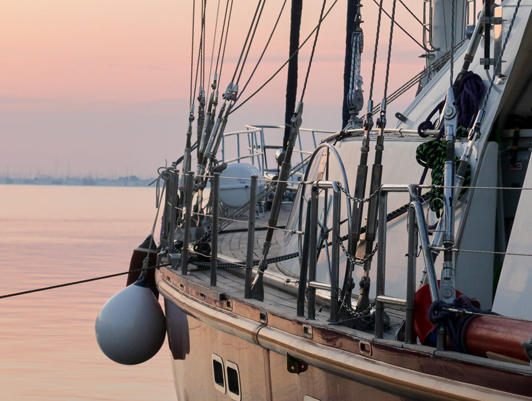 The sailing ship Slavyanka, which departed from the Turkish seaport of Marmaris on an international expedition to the Far East in December last year, arrived at the seaport of Cristobal (Panama).

The sailing ship was acquired by FSUE “Rosmorport” in accordance with the instructions of the President of the Russian Federation for the Far Eastern School under Sails, created on the basis of the Maritime State University named after G.I. Nevelskoy. FSUE "Rosmorport" sponsored the transportation of the ship to Vladivostok and provides it with technical management.

The sailing ship traveled for more than 9 thousand nautical miles, or almost 17 thousand kilometers, from Marmaris to the seaport of Cristobal. The ship passed through the Mediterranean Sea, crossed the Atlantic and the Caribbean Sea.

This stage of the transportation of the sailing ship was the first real trial for its crew, the members of which passed the teamwork test and proved that they can quickly find their way in unexpected technical situations in difficult, often stormy conditions of the ocean navigation.

At this moment, the crew is preparing for a small repair in the seaport of Cristobal before the trans-Pacific stage of the transportation, long and responsible one, where for many thousand ocean miles along the planned route there will be no harbor ports and bases for ship supply, as well as islands to hide from the storm.

The purpose of the expedition, called "By the routes of Russian navigators through two oceans", is to sail along the Marmaris - Vladivostok route across the Atlantic and Pacific oceans in order to commemorate the memory of outstanding people and significant events of the maritime past of our country and on this basis create conditions for the development of sailing navigation industry in Russia with the participation of schoolchildren and long-term international cooperation in this area.

The crew of the sailing ship consists of experienced sailors, who will form the backbone of the teaching staff of the "School under sails" after the arrival of the ship in Primorye. Slavyanka will enter the training fleet, which will consist of two sailing ships, and the second one will be built at the Russian shipyard.

After Slavyanka arrives at the seaport of destination, Russian schoolchildren who are dreaming of becoming sailors will be able to participate in training voyages and sea expeditions, including those ones in the ocean areas that are historically significant for the Russian fleet.