In honor of Victory Day, events in the fleet and in the branches of FSUE "Rosmorport" were held

Employees of FSUE "Rosmorport" and the vessels of the enterprise took part in solemn events dedicated to the 76th anniversary of the Victory in the Great Patriotic War.

The Khersones sailing training vessel of FSUE "Rosmorport" took part in the "Squadron of Memory" action, which took place on Victory Day in Sevastopol. Sailing yachts led by the Khersones sailing training vessel solemnly came out to sea from the Sevastopol Bay. On the board of each sailing vessel going as a part of the "Immortal water regiment" there was a name of one of the vessels destroyed during the Great Patriotic War – submarines, ships, motor ships, boats.

In honor of Victory Day, a formation was organized on the Mir sailing boat. The captain of the ship made a speech about why this holiday is so important and valuable. A minute of silence in tribute to the memory of those who lost their lives during the Great Patriotic War was observed. Then the cadets practicing at the Mir sailing training vessel staged a concert where they read poems about the war and performed the wartime songs.

The management of the FSUE "Rosmorport" Azovo-Chernomorsky Basin Branch took part in the ceremonies held in the hero city of Novorossiysk, as well as in Eysk, Temryuk and Tuapse in honor of Victory Day, and laid wreaths at memorable places devoted to the heroic feat of the defenders of the Fatherland. For war veterans, former combatants and home front workers, the management of the branch prepared personal greetings and awarded them with flowers and memorable gifts.

In Vladivostok the employees of the FSUE "Rosmorport" Far Eastern Basin Branch together with representatives of Far-Eastern Shipping Company, Vladivostok Commercial Seaport, Administration of Seaports, Maritime State University named after admiral G.I. Nevelskoy, Council of the city of Vladivostok with the participation of the branch orchestra laid flowers at a monument dedicated to the sailors of merchant fleet perished during the Great Patriotic War. In the Olga village, employees of the Olginsky Department laid wreaths at the monument of fellow soldiers who lost their lives during the war.

On the eve of Victory Day, the Murmansk Branch of the enterprise took part in the traditional procession and laying flowers at the monument of dock workers who died during the Great Patriotic War.

On May 9, employees of the FSUE "Rosmorport" Vanino Branch laid flowers and a wreath at the Obelisk of Victory and honored the memory of those who died during the war with a minute of silence. On the eve of Victory Day, the Vanino Branch provided financial assistance to the Vaninsky district public organization of veterans of war, labor, armed forces and law enforcement agencies in installing 28 memorial plates with the names of fellow countrymen who had participated in the Great Patriotic War. Memorial plates were installed on pylons in the Victory Park of the Vanino village. 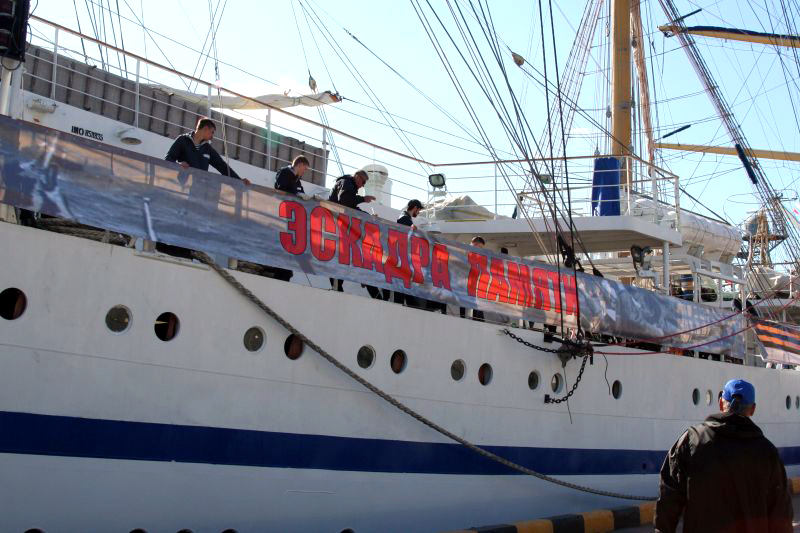 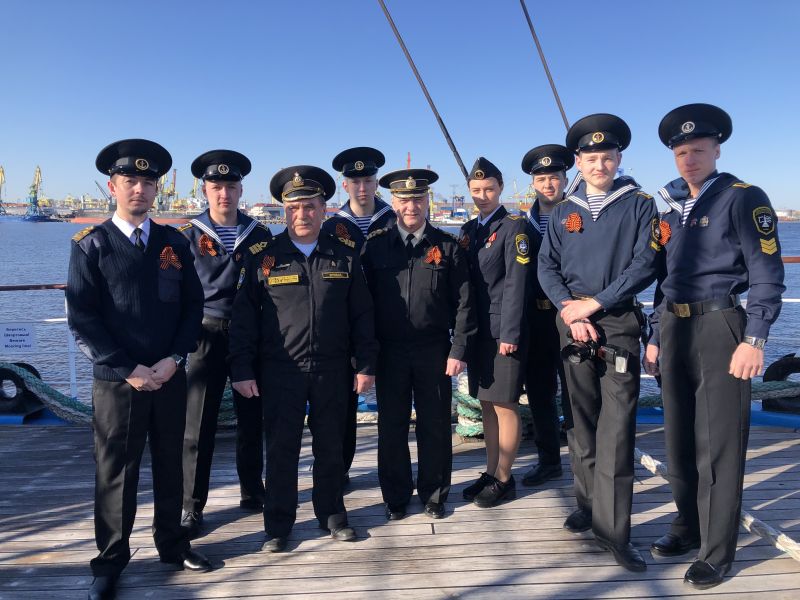 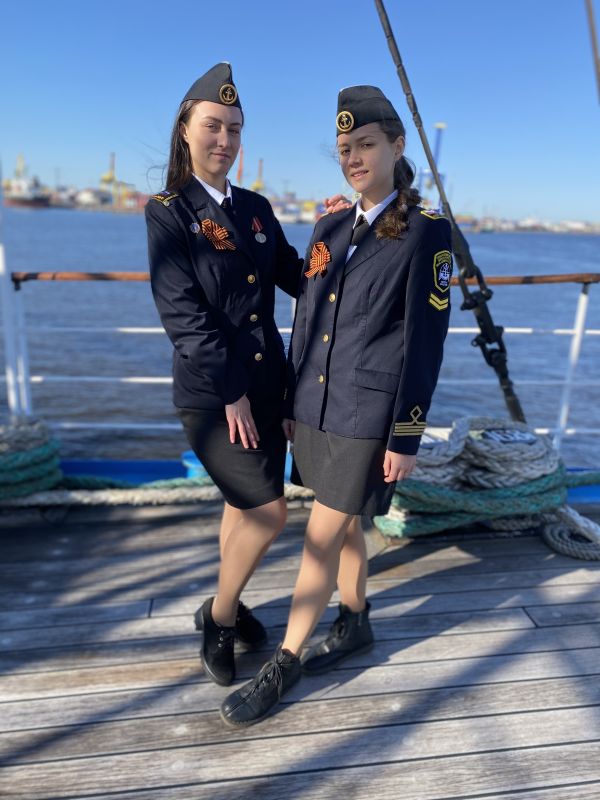 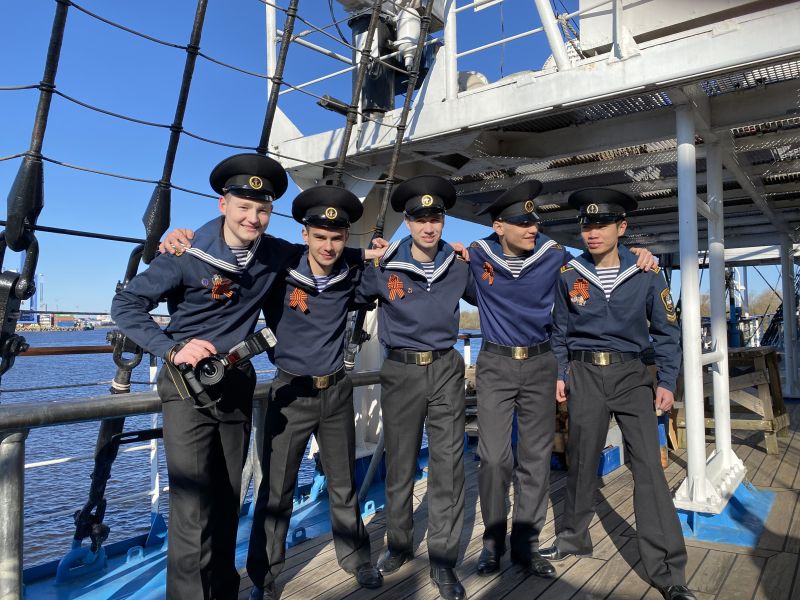 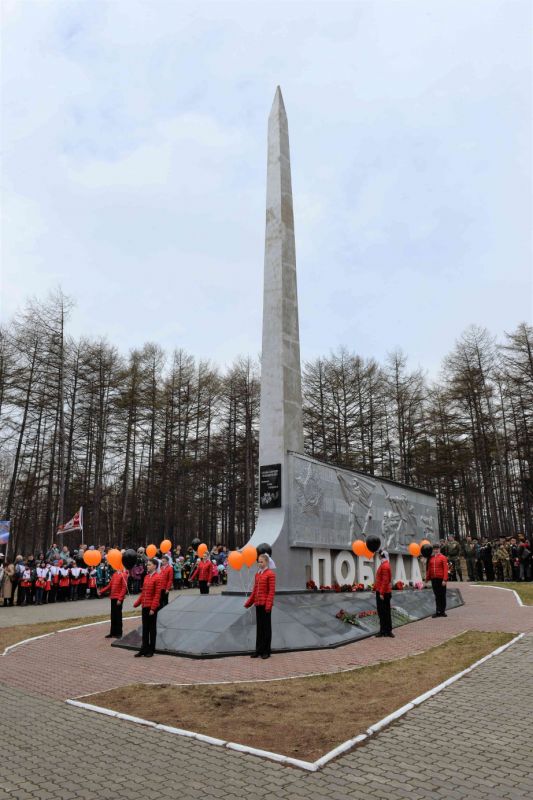