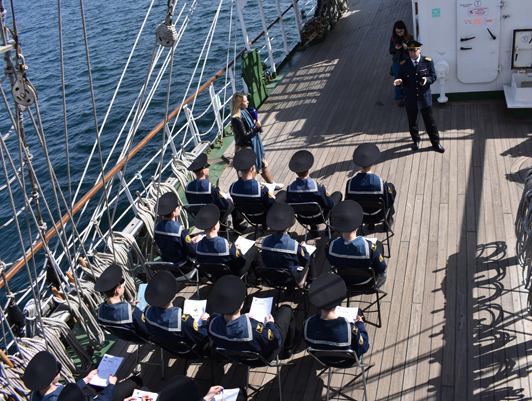 FSUE "Rosmorport" became a participant of the "Diktant Pobedy" (“Dictation of Victory”) campaign for the second time. Cadets undergoing maritime practice on the sailing boats Khersones, Mir, Nadezhda, and the training and production ship Professor Khlustin wrote the dictation aboard the vessels.

For example, cadets of the Admiral Makarov State University of Maritime and Inland Shipping wrote the dictation aboard the sailing boat Mir. Before the start of the dictation, the National Anthem of the Russian Federation was performed.

On the sailing boat Khersones "Diktant Pobedy" was written by the cadets of G. Ya. Sedov Institute of Water Transport, Admiral F.F. Ushakov State Maritime University, a branch of Admiral F.F. Ushakov State Maritime University in Sevastopol, and Kerch State Maritime Technological University. Together with the cadets aboard the sailing boat, the dictation was written by the deputy of the State Duma of the Russian Federation Dmitry Belik and the deputy of the Council of the Leninsky municipality of the city of Sevastopol Svetlana Mudretsova. A one-hour sea walk on the comet Yalta was organized for the cadets participating in the Diktant. All cadets participating in the "Diktant Pobedy" performed the task and an hour after the end of the dictation went to sea in full accordance with the plan of maritime practice.

"Diktant Pobedy" with the participation of cadets was also held on the training vessel Nadezhda. At this moment, 120 cadets Marine State University named after Admiral G. I. Nevelskoy are passing maritime practice aboard Nadezhda.

There are 116 cadets from the Sakhalin Branch and the Marine Engineering College of Marine State University named after Admiral G. I. Nevelskoy who also took part in the "Diktant Pobedy" aboard the vessel Professor Khlyustin. Two guests wrote the dictation aboard the training and production vessel, including Yuri Zhuravel, head of the international relations department of the Vladivostok city administration.

After the dictation, Nadezhda and Professor Khlyustin immediately went into the sea on a trip. The sailing boat Nadezhda will follow the route from the seaport of Vladivostok to the area of ​​ the port of Nagasaki (without entering port waters), and the sailing boat Professor Khlyustin will follow the route to the area of ​the seaport of Olga, and then to the seaport of Korsakov. The arrival of both vessels back in Vladivostok is expected in May.

FSUE "Rosmorport" has repeatedly participated in thematic dictation. For example, in different years employees of the Murmansk branch of the enterprise, as well as the crews of the icebreakers Vladivostok and Kapitan Dranitsyn participated in the International educational campaign "Big Ethnographic Dictation".

"Diktant Pobedy" is an all-Russian historical dictation on the events of the Great Patriotic War. It is held in more than 75 countries around the world.

"Diktant Pobedy" has been held since 2019 in order to improve historical literacy and patriotic education of young people, the formation of moral values. The campaign is included in the list of main events for the Year of memory and glory in Russia.

Every year, more than 2 000 cadets from the country's leading Maritime universities, including the Admiral Makarov State University of Maritime and Inland Shipping, the Admiral F. F. Ushakov State Maritime University, and the Admiral G. I. Nevelskoy Maritime State University, take part in sailing practice on the sailing training and production vessels of the FSUE "Rosmorport" Khersones and Nadezhda. 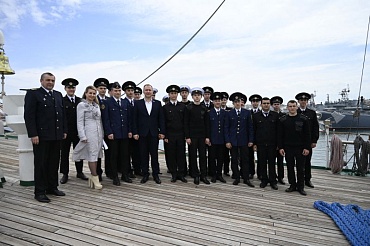 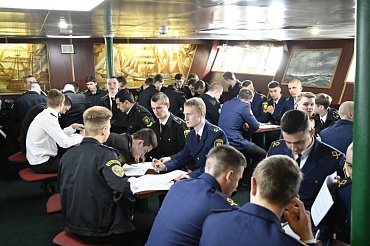 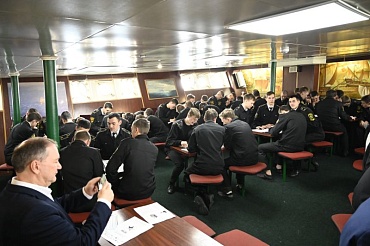 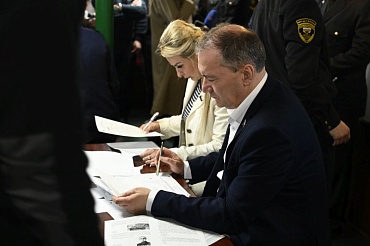 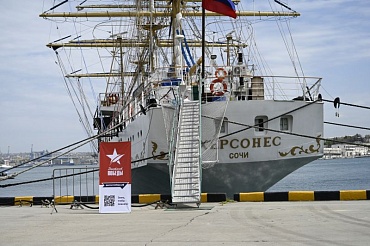 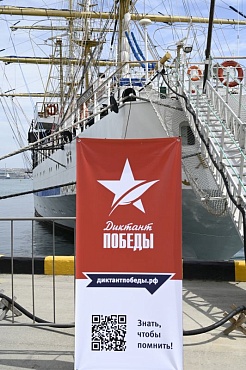 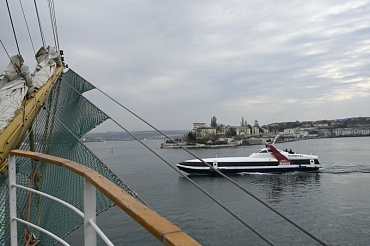 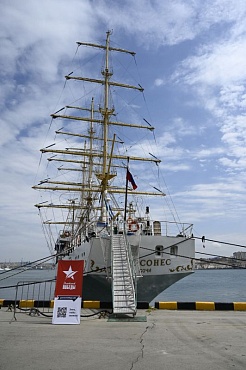 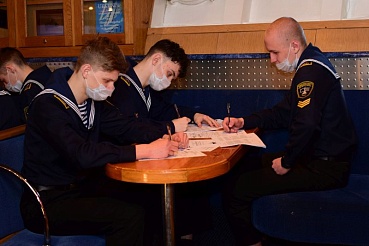 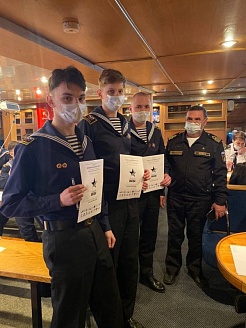 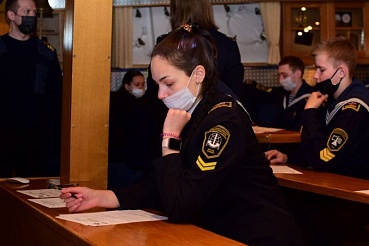 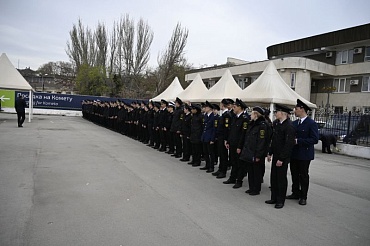 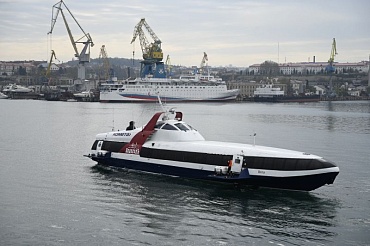 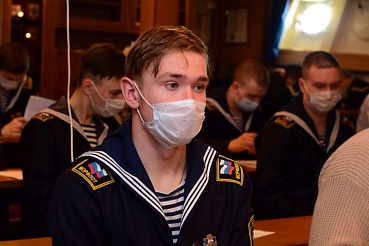 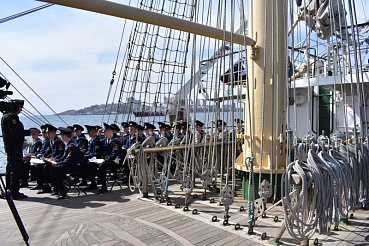 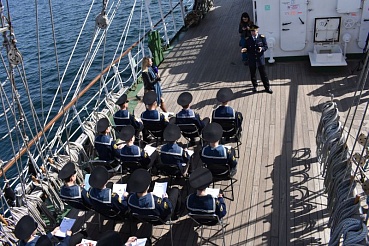 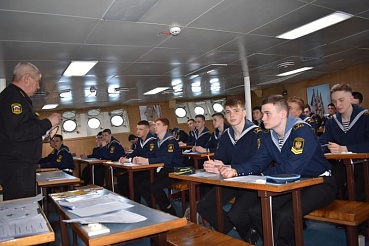 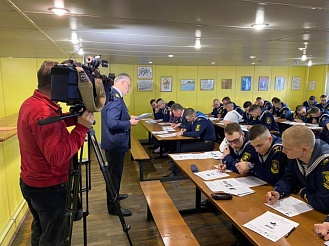 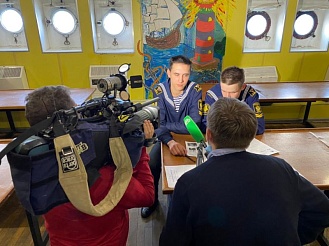 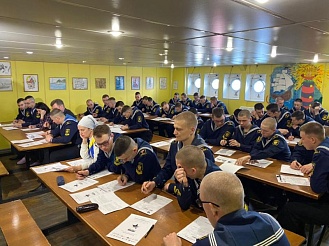 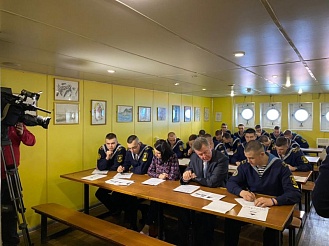