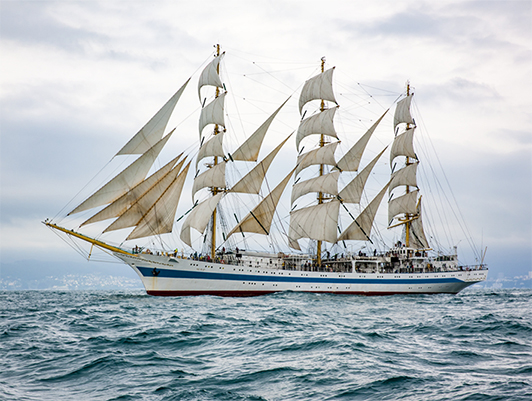 Ministry of Transport of the Russian Federation held a meeting of the organizing committee for the preparation and implementation of the circumnavigation of the training sailboat Mir of FSUE “Rosmorport” in 2022-2023. The meeting was chaired by the Minister of Transport Vitaly Savelyev.

The circumnavigation is dedicated to the celebration of the World Maritime Day and the 78th anniversary of Victory in the Great Patriotic War. It will contribute to the creation of an objective and positive image of Russia, the growth and strengthening of international authority and prestige of our state.

FSUE “Rosmorport” has already initiated preparations for circumnavigation of the sailboat Mir. The sailboat Mir is a three-masted training frigate, which is considered to be the fastest sailboat in the world. It recorded the maximum speed under sails of 21 knots (38.9 km/h). The ship became a winner of international sailing regattas several times.

It is planned to launch circumnavigation from the Big Port of Saint Petersburg during the St. Petersburg International Economic Forum in June 2022. Return home port is planned by May 9, 2023, the day of celebration of the 78th anniversary of Victory in the Great Patriotic War. It is expected that on board of the sailing vessel there will be cadets of various maritime universities.

The proposed route includes passage through the Northern Sea Route during the most favorable navigation period for navigation, a visit to the seaport of Vladivostok on the dates of the annual Eastern Economic Forum, sailing from the Pacific Ocean to the Atlantic Ocean by the Drake Strait around Cape Horn, visiting seaports in countries along the route. It is planned to visit the seaports of South Korea, China, Germany, France, Norway, Denmark, Cuba, Argentina, and Mexico. According to experts' estimates, the sailboat Mir will have to overcome more than 34 thousand marine miles.

Every year from April to November, about 500 cadets undergo swimming practice on the vessel, primarily students of Admiral Makarov State University of Maritime and Inland Shipping. Interns master the basics of navigation in the Baltic and North Seas, the Atlantic Ocean, participate in international regattas and events held in Russian and European seaports.

During the 120th session of the Council of the International Maritime Organization (IMO), the IMO secretariat approved the application of Russia to hold the side event to celebrate World Maritime Day of 2023 in Russia.

The goal of the World Maritime Day is to attract international attention to the damage that human activities cause to seas and oceans. The most important tasks are improvement of environmental safety of marine transportation, prevention of marine pollution, particularly oil pollution, preservation of water bioresources and fight against poaching. 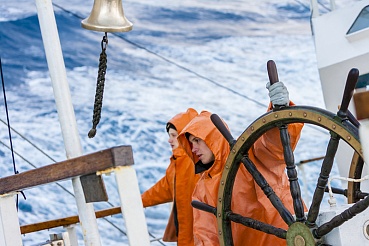 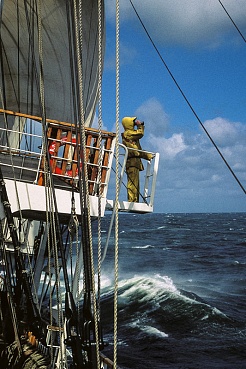 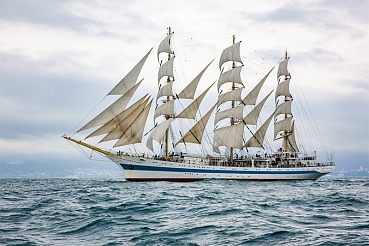