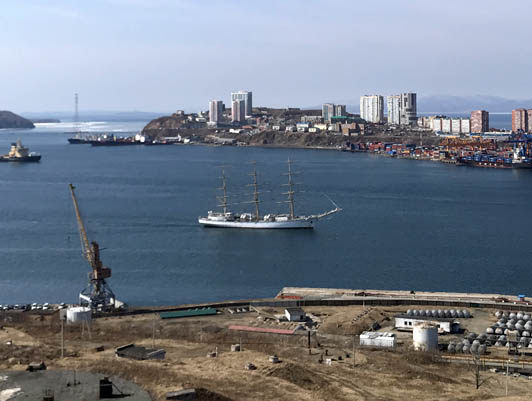 On March 25, after the successful completion of the trip, the Nadezhda sailing vessel of FSUE “Rosmorport” arrived at the seaport of Vladivostok. The first shift of cadets will leave the sailboat next weekend.

In total, 113 cadets of the Sakhalin and Amur branches of Marine State University named after G.I. Nevelskoy passed the practice. During the practice, the vessel made two trips.

The route of the first trip of the Nadezhda sailing training vessel, which started in the seaport of Vladivostok on February 10, ran across the coast of Primorsky Krai.

The cadets took part in working with the rigging of the vessel, got acquainted with the navigation and technical equipment installed on board.

As part of the second trip, which began on March 10, the vessel proceeded from the seaport of Vladivostok to the area of ​the seaport of Korsakov along the water areas of the Seas of ​Japan and Okhotsk with a passage through the Laperuza Strait.

During the trip the cadets kept running watch as helmsmen, watchmen, sailors, mechanics, studied ship mechanisms and devices, were engaged in all works and serviced on duty and also were trained on ship alarms, including the study and execution of standards of personal flotation devices usage. The cadets participated in trainings to fight the fire, for vessel survivability, on evacuation from the vessel, studied use of fire equipment, studied and implemented standards of personal flotation devices usage. Some of the cadets from among the admitted passed qualification exams for the right to hold the positions of sailors and motorists. 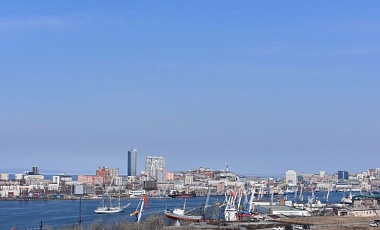 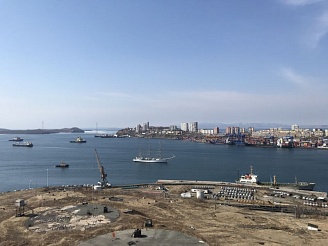