Icebreakers of FSUE “Rosmorport” have completed the pilotage in a number of seaports of the Azov-Black Sea, Caspian and Far Eastern basins 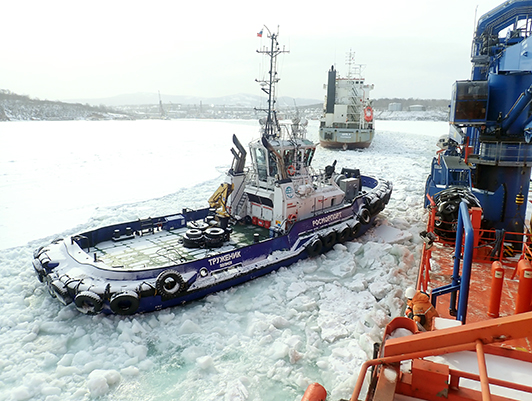 Due to the improvement of the ice situation, the period of icebreaking operations in 2020-2021 in the seaports of Vanino, Rostov-on-Don, Azov, Taganrog, Eysk, Olya, Astrakhan and on the approaches to them, as well as on the Volga-Caspian Sea Shipping Canal (VCSSC), has ended.

In total, during the ice navigation period of 2020-2021, more than 5,000 icebreaking operations were carried out in the abovementioned seaports.