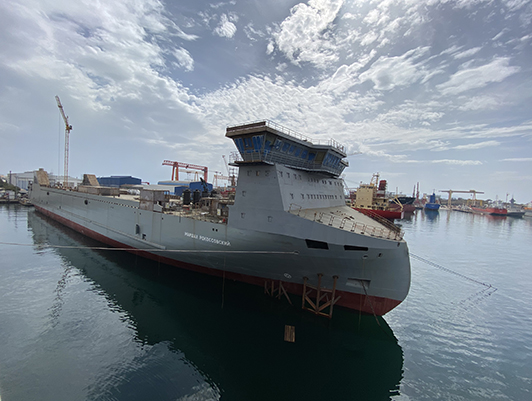 The Marshal Rokossovsky road-railway ferry, which is being constructed by the order of FSUE "Rosmorport" for Ust-Luga – Baltiysk line, is undergoing mooring tests. During the trial, the main vessel systems and the main power plant will be tested. In conjunction with the commissioning, the finishing of residential and working premises is going on.

According to the "road map", previously agreed by the Industry and Trade Ministry of the Russian Federation and approved by OSK, the end of the mooring tests is scheduled for April 2021.

The use of environmentally clean fuel will reduce carbon dioxide emissions to the atmosphere by 20-30%, nitrogen oxides – by over 90%, sulfur oxides and carbon black – by 100% compared to similar vessels running on traditional heavy fuel.

Currently, two ferries are being constructed for FSUE "Rosmorport" for Ust-Luga – Baltiysk railway ferry crossing, able to work both on low-sulfur fuel and on liquid natural gas. They are the Marshal Rokossovsky and the General Chernyakhovsky.

The launch of ferries on Ust-Luga – Baltiysk line will renew the fleet at this crossing, which is strategically important for the country, and ensure transport security for Kaliningrad Region.

Basic specifications of the vessel: 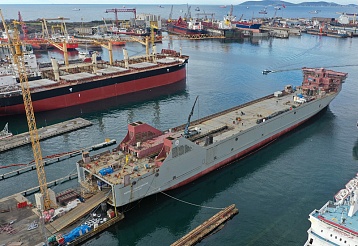 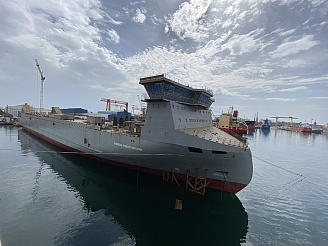