Russian Deputy Transport Minister Yuri Tsvetkov made a working visit to the seaport of Novorossiysk on February 3, 2020 to hold a meeting in the Novorossiysk VTS center. The meeting involved director of the Azovo-Chernomorsky Basin Branch Anna Fomenko, captain of the seaport of Novorossiysk Yevgeny Tuzinkevich, acting head of the Federal State Budgetary Institution “The Administration of Seaports of the Black Sea” Oleg Borcheninov and rector of the Federal State Budgetary Educational Institution of Military Education “Admiral Ushakov State Maritime University” Sergei Kondratyev.

Representatives of the industry noted the modern level of equipment of the new Novorossiysk VTS center. In addition to the operators hall and technical premises, the center has a simulator complex, which will allow for improving operators’ professional skills and training incidents.

The participants in the meeting discussed the work techniques of the Novorossiysk VTS center and the specifics of navigation in the region during autumn and winter. This season is characterized by unfavorable weather conditions that require special concentration from operators while monitoring the navigation situation.

The Novorossiysk VTS coverage area includes a water area and the approaches toward the seaport of Novorossiysk, which ranks first among Russian seaports on cargo turnover. In 2019 over 156 million tons of cargoes was transshipped in the seaport.

A shift consisting of Novorossiysk VTS three operators and an engineer in duty provide navigation, operational and hydrometeorological information to crewmembers of vessels, regulate the movement of vessels in the water area of the seaport and on the approaches toward it, and render aid to navigation. In 2019 operators carried out over 80,000 navigation operations for vessel escort in the Novorossiysk VTS zone of action.

Yuri Tsvetkov thanked employees of FSUE “Rosmorport” for their service and made a record in a visitors’ book wishing them success in ensuring navigation safety. 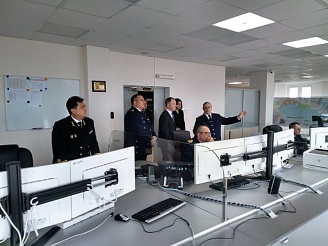 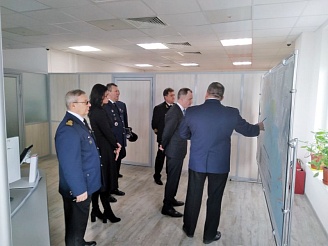 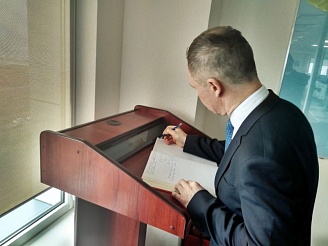