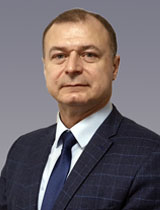 In 1987 he graduated from the Rostov-on-Don School of Inland Navigation with a specialization in marine navigation as a navigation technician.

In 2005 he graduated from Admiral Nevelskoy Maritime State University with a specialization in navigation as navigation engineer.

From November 2010 till September 2015 he consistently held positions of Head of the Department of State Civil Service of the Territorial Institution of the Federal Executive Authority in the Khabarovsk Linear Division, Deputy Head of the Department - Deputy Chief State Inspector of Gosmorrechnadzor - Head of the Division for Navigation, Shipping, Port Activities and Traffic Accident Investigations of the Amur State Sea and River Supervision Department under the Rostransnadzor.

From February 2016 to December 2019 he consistently held positions of Captain Mentor, Deputy General Manager for the fleet of the Coal Sea Port of Shakhtersk, LLC.

In December 2019 he was appointed to the position of Deputy Director for Navigation Safety of the Sakhalin branch of the FSUE "Rosmorport".

From April 2021 has been acting as the Director of the Sakhalin branch of the FSUE "Rosmorport" without removal from his current position. 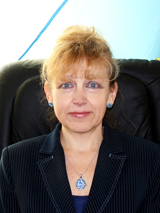 In 1979 she graduated from Kazakh Polytechnic Institute named after V.I. Lenin with a specialization in power supply economics and organization, as an engineer-economist. 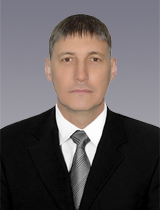 Deputy Director for Operations of the FSUE “Rosmorport” Sakhalin Branch

In 1988 he graduated from the Komsomolsk-on-Amur Polytechnic Institute with the degree in shipbuilding and ship repairing. The qualification of naval constructor was conferred to him.

He started labor employment in 1988.

From July 2008 to November 2016 he worked as superintendent – naval constructor at JSC “Sakhalin Shipping Company”.

In September 2018 he was transferred to the position of Deputy Director for Operations of the FSUE “Rosmorport” Sakhalin Branch.