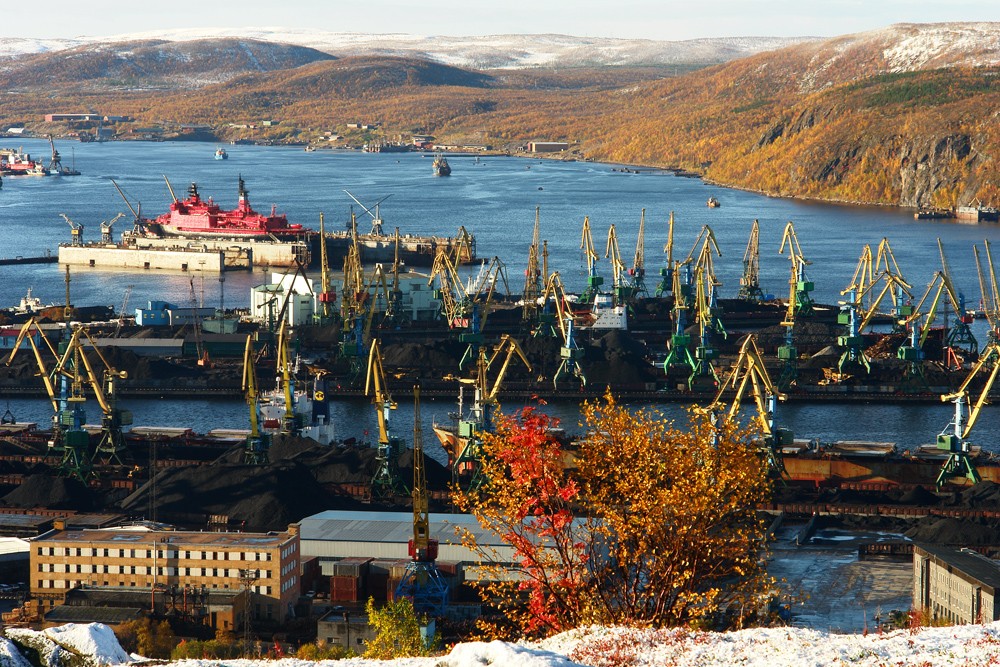 However, the construction of a new seaport began only in the early twentieth century, as it was World War I of 1914-1918 that gave an impetus to it. Chief of the Murmansk Findings Service Evgeny Lyakhnitsky became the creator and manager of the construction project.

In 1915 the first ranging mark was set, and construction of a temporary 54-meter pier and Murmansk railways began.

It is September 1, 1915 that is considered to be the seaport’s birthday, as on that day the first steamboat named the Drott moored at the Murmansk seaport loaded with rails and turnouts.

On October 4, 1916 the town of Romanov-na-Murmane was founded near the sea berths and the railways which were put into operation on November 28, 1916.

In 1918 the Murmansk seaport already had 9 berths, the total length of which was more than a kilometer.

In 1932 on the basis of 4 mines at Shpitsbergen Island the Arktiugol service was created enabling to open the first regular stemboat-arctic route Murmansk-Shpitsbergen-Murmansk.

From 1933 the Murmansk seaport has been one of the main arctic seaports. As it housed the headquarters of Northern Sea Route Authority, the Murmansk seaport became one of the three main ports of USSR, together with the Arkhangelsk seaport and the Vladivostok seaport, concerning the Arctic provision delivery volumes. In 1933 transshipment volumes at the seaport reached almost 1 million tons.

During Great Patriotic War in 1941-1945 the Murmansk seaport was considerably damaged and required not only recovery, but a total reconstruction.

In 1957 a transshipment complex for apatite concentrate was put into operation.

From January 1964 beginning from berth No. 11 replacement of wooden berths by reinforced concrete berths started.

In 1965 construction of coastal radar station Raskat was finished.

In 1970 a permanent north provision delivery route Murmansk-Dudinka-Murmansk was opened.

In 1975 berth No. 19 for transshipment of bulk cargo was opened, and started to be used by vessels with tonnage of 50-60 thousand tons.

In December 1977 construction of deep-water berth No. 20 for transshipment of general cargo, able to receive vessels with tonnage of 100 tons, was finished.

In 1994, according to Ministry of Transport order No. 51 dated 12.07.1994, and Cabinet – Government of the Russian Federation Decree No. 1299 dated 17.12.1993, State Establishment “Sea Administration of the Murmansk Port” was created to execute functions of port authorities. Also in that year, as a result of privatization, joint-stock companies JSC MMTP and CJSC MASKO were created on the basis of state enterprise “Murmansky Morskoy Torgovy Port”.

In 1996 construction of a specialized terminal for mineral fertilizers transshipment was finished.

In 2002 the first part of a specialized terminal for alumina transshipment was put into operation.

In 2004 a harbor transshipment complex RPK-3 was put into operation on the basis of the Belokamenka storage tanker with deadweight of 360.7 thousand tons.

From March1, 2004, according to Government of Russia Decree No. 705 dated 25.09.2002 “On perfecting the system of state management of sea trade and specialized ports”, the FSUE “Rosmorport” Murmansk Branch started operating in the Murmansk seaport.

In January 2009 by Ministry of Transport of Russia order dated 20.01.2009 No. 7 FSE Administration of Murmansk Seaport was included into the list of federal state establishments authorized authorized to prepare and issue seafarer’s identity card.

In February 2009, according to Government of Russia Decree No. 773 dated 16.12.2006 reorganization of FSE “Sea Administration of the Murmansk Port” was completed by the joining of SE “Administration of Murmansk Sea Fish Port”.

In December 2009 by Federal Marine and River Transport Agency Regulation No. АД-273-р dated 18.12.2009 information on the Murmansk seaport was entered into the Seaport Registry of the Russian Federation.

In June 2010 by Government of Russia Decree No. 941-р dated 9.06.2010 the borders of the Murmansk seaport water area were changed, as harbor terminal for oil transshipment located to the north-west of Kolguev island was included in the seaport water area.

In May 2012 by Federal Marine and River Transport Agency order No. 67 dated 28.05.2012 in order to implement the Ministry of Transport order No. 277 dated 9.12.2012 “On approving the Rules of registration of vessels and the rights to them in the seaports” the Murmansk seaport was given port number 30, and abbreviation MK.

In June 2013 by Ministry of Transport of Russia order dated 13.06.2013 No. 210 the Murmansk Seaport Master was included into the list of federal state establishments and seaport masters authorized to prepare and issue seafarer’s identity cards, and the administration of the seaport was excluded from the list.

In August 2014 by Mintrans of Russia Order dated 5.08.2014 No. 219 anchorage areas for detained or arrested vessels were determined in Murmansk Seaport.

In September 2014 by Government of Russia Regulation dated 29.09.2014 No. 1912-r Murmansk Seaport was included into the least of seaports open for foreign vessels.

Today the Murmansk seaport meets the highest contemporary demands to port complexes designed for serving sea vessels. Together with railway, automobile, air and water transport it forms a powerful transport hub, which enables a quickest cargo delivery to any region of Russia, and the seaports all over the world.
The seaport development prospects are connected with the implementation of all the set tasks on modernization of the seaport and creation on its basis of contemporary international hub center, opening new trade opportunities for Russia and many other countries.
Schemes, Charts of the Sea Port 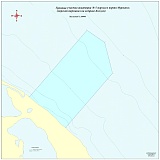 Scheme of the boundaries of the plot No. 5 of the water area (remote sea terminal on Kolguev Island) of the seaport of Murmansk

Scheme of the boundaries of the plots No. 6, 7 and 8 of the water area of the seaport of Murmansk

Photo Galleries of the Sea Port